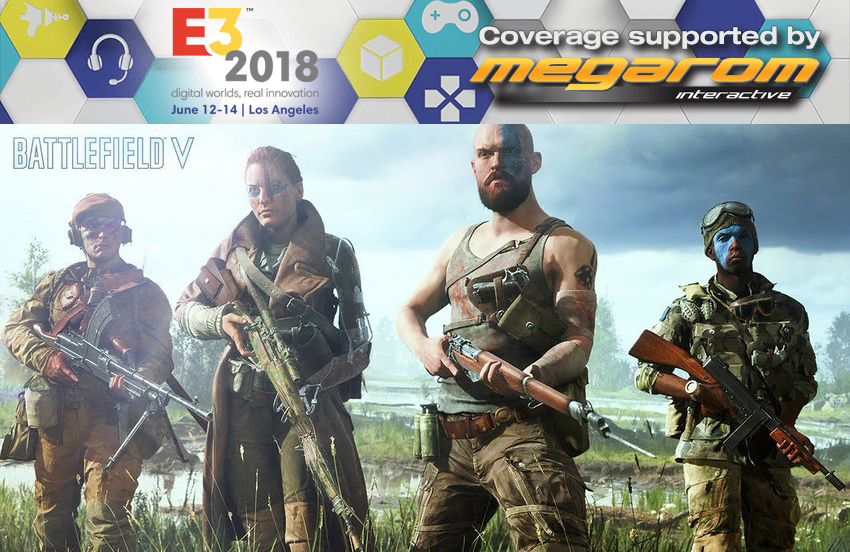 Battlefield V’s first reveal last month was undoubtedly divisive. The new maps and game modes, major gameplay mechanics overhaul, and free future DLC and aversion to loot boxes all sounded incredible, but the game’s purported change up in tone and appearance thanks to its seemingly over the top customization options brought out many detractors (some justified, some not). A lot of the blame for that seemingly bad appearance can be laid at the feet of the very cartoonish first trailer. That was just a tiny slice of scripted mayhem though. What would an actual game of Battlefield V look like?

We now have that answer as DICE unveiled the game’s multiplayer during the EA Play event ahead of E3, and it is looking fantastic. DICE reps Oskar Gabrielson and Lars Gustavson reiterated the gameplay changes we’ve previously covered. One interesting point of note is that the characters shown off in the game had their customized appearances toned down far more than the first reveal, giving everything a lot more of an authentic WWII feel. Before showing off the in-game multiplayer footage captured from the sprawling and epic Grand Operations mode, a bomb was dropped to reveal that later in the year, Battlefield V will indeed be getting its own Battle Royale mode, but with the franchise’s own spin on things. No other details were revealed but that is pretty big news. We will be paying attention throughout the weekend for more.