Warframe’s much anticipated Devstream 112 took place this Friday past and after the recent teases about the upcoming Sacrifice quest, I was hoping we would get a new look at it. Unfortunately, that was not to be as Community Director Rebecca Ford and the rest of the Digital Extremes team revealed that while Sacrifice’s many pieces had all been assembled, they still needed polishing. DE will be hard at work at finishing everything off, resulting in this Devstream being the last we will see for a while (this is besides for Tennocon, the annual Warframe convention which takes place this coming weekend in Canada). While this lack of update about Sacrifice was disappointing (we got one poster of Ballas though), what we got instead didn’t suck either. Or rather, it does suck. But in a vampire way. 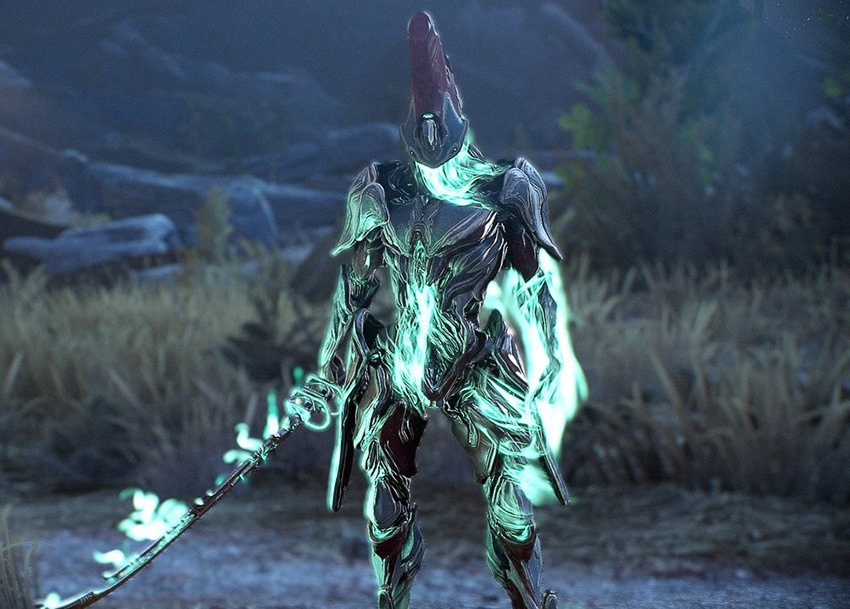 Say hello to Vlad, the upcoming 36th frame that was unveiled during the Devstream after some previous teases. It was revealed that the inspiration for Vlad – which is not his final name but rather just what the team are calling him for now – came from the Eidolons, the giant lumbering spectral Sentients on the Plains of Eidolon. Infected with Sentient energy, Vlad is a “revenant” who can “afflict” enemies with the same energy to do his bidding, so to speak, similarly to how a vampire creates thralls. He does this by marking enemies with his first ability which causes them to follow Vlad and draw enemy attacks. Afflicting the same enemy a second time will cause them to start attacking other enemies which in turn spreads the affliction.

Helping to afflict enemies is Vlad’s second ability which puts out an aura that stuns enemies who attack you in close proximity. Stunned enemies can then be marked without an additional energy cost. The vampire theme continues as Vlad is also able to turn into a mist form that allows him to move through enemies, marking them in the process as well as allowing Vlad to recover health and shields. His final ability is a mass crowd control that puts enemies to sleep – the total number of which doesn’t appear to have a cap as long as they are in range – with sleeping enemies then exploding upon death. Vlad also has a passive ability that gives him innate life-stealing ability with each attack, the percentage life-steal being linked to how much energy he has. 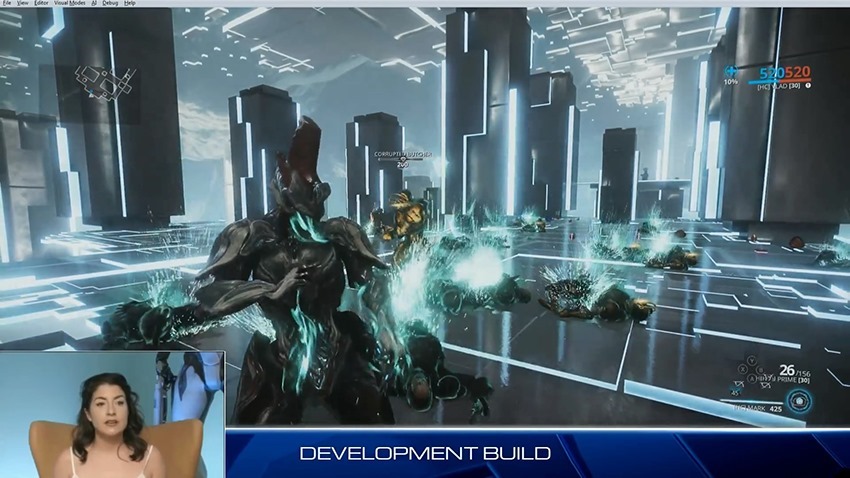 While Vlad boasts an incredibly cool design – especially with his wispy Sentient energy beard, though I prefer his alternate helmet even more – there have already been some concerns raised about his abilities, most notably the fact that they’re just reworked versions of abilities already possessed by other frames in the game. It has also been pointed out that for your affliction to spread, you need to wait for your marked enemies to attack others before they are killed or the whole mechanic of affliction is ruined besides for just very briefly distracting a single target. And based on the plethora of non-discriminatory room-clearing weapons/abilities available to you and your teammates, chances of an afflicted target surviving long enough to spread the affliction successfully is slim.

The team was very specific though about the fact that Vlad as we saw him was very much a work in progress still. In fact, this was actually the first time Creative Director Steve Sinclair had even seen the new frame in action and he already hinted at some tweaks he wants to see happen, something which Rebecca reiterated later on Twitter. There’s no timeline on when Vlad will be released, so he could still go through some major changes.

Likely to change a lot between 'First Look' today & release, but I'm so excited to be working with the team on the 36th Warframe 🙂 <3! pic.twitter.com/XNKtPc95ni

The stream was @sj_sinclair's first time seeing the powers in action and is definitely wanting more 'Eidolon' flavour so things will likely change a lot (as stated in original tweet). Codenames internally are 'revenant' + ' Vlad' 😀

The nighttime emergence of the Eidolon + the general curse/affliction tropes are thematically relevant.

The Ult will see the most change.
There will likely be more LASERS!

All sounds + FX were added for 'first look' this week :)!

Speaking of major changes, also revealed on the Devstream was the fact the game’s Exalted weapons were getting a big update soon. Exalted weapons are those that are only used during a Warframe’s specific ability – e.g. Excalibur’s Exalted sword, Mesa’s Peacemaker pistols, Valkyr’s Hysteria talons – and currently they have their own stats but make use of whatever mods you have equipped to a weapon of the same class. The plan though is to now separate the two allowing you to mod Exalted weapons separately to the rest of your kit, so no more running around with a whip you don’t actually intend to use just to make Valkyr’s talons better.

With this basically being the addition of additional weapons now, DE are aware that theoretically this means you would need to put Forma into both your actual weapons as well as your Exalted weapons now, which means a whole lot more work to players. To compensate for this, Exalted weapons will come with Orokin Catalysts pre-installed as well as pre-defined polarities on mod slots to lower the Forma required. These Exalted weapons will not contribute to Mastery Rank though as to do so would retroactively break the MR system. 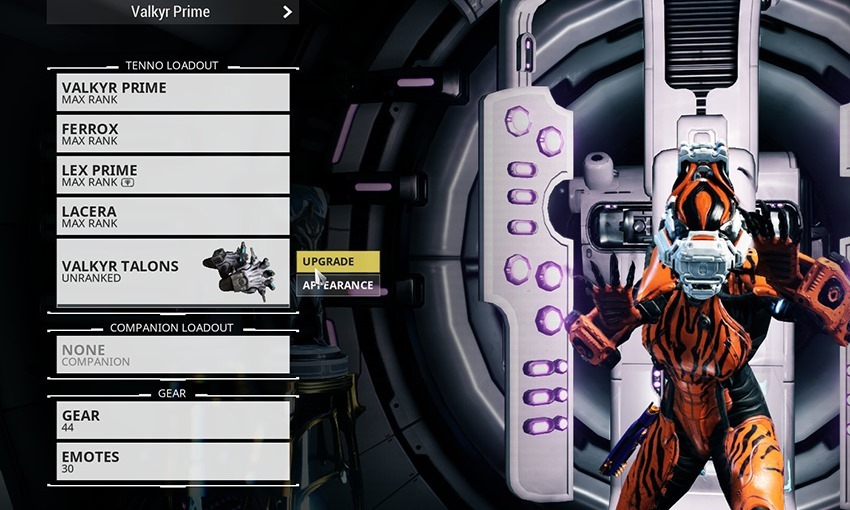 Besides for those two big pieces of news, the crew also revealed that Vauban and Titania are next on DE’s radar for reworks as they don’t feel as in-step with the current meta of the game. As a Titania player myself, talk of her Diwata melee weapons getting a buff a potential buff was very welcome news indeed. Along with that talk, we also got a look at some new melee weapons that are currently being designed as well as updates on the deluxe skins for Nidus and Nezha (the former is much further along) which DE will get back to finishing once their artists have wrapped up their work to get Sacrifice out the door.

You can watch the entirety of Devstream 112 in the video at the top of the page and jump to 33:05 for the Vlad gameplay reveals. I would suggest watching straight from the beginning though so that you can hear the incredible Warframe 80’s Theme, the winner of the recent Tennotunes competition which has been stuck in my head for the last three days.

A final note: You may have noted that there was no Devstream 111, and it was for a very solemn reason as DE was getting ready to go live, news broke that gaming personality John “TotalBiscuit” Bain had died. TotalBiscuit’s video review of Warfame when it was still in its early alpha stage is what launched the game into mainstream gaming consciousness and without his contribution it would likely never have become as popular and successful as it is.