It was inevitable. With the Flappy Bird developer Dong Ngyuen pulling the #1 game from app stores for good, other devs are jumping on the copycat bandwagon to pick up where it left off.

Terry Cavanagh has already brought his version of the infuriatingly addictive game into existence. The Super Hexagon and VVVVVV developer gives us Maverick Bird, a browser-based Flash game that is subtitled, “A Flappy Bird Fan Game.” It trades the original game’s 8-bit Super Mario Bros. aesthetic for a more angular style that reminds of Super Hexagon. It’s freely available to play today, but be careful about bringing it up during the work day. It’s a productivity-killer – I know from experience. It remains to be seen whether or not Maverick Bird will see release on iOS or Android devices, though. 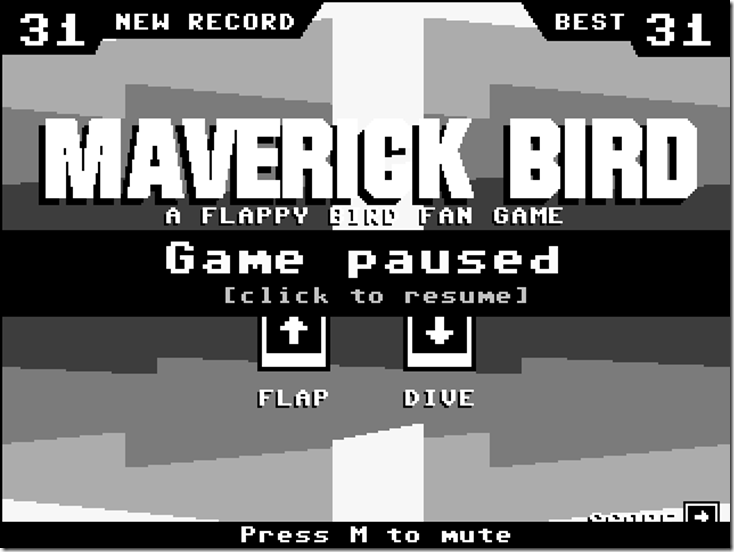 In a bit more of a bizarre twist, rock band Fall Out Boy has announced on their website that they will be releasing Fall Out Bird this week on iOS and Android. As the post on the band’s site says, “Rome wasn’t built in a day, but this game was. … Shoutout to the OG Flappy Bird, RIP.” According to the screenshot on the site, the player will be controlling the four members of the band in a similar gameplay scheme. It’s a rather brilliant marketing move, and while pricing was not noted, I’m inclined to assume that this will be a free release to use as a promotional tool.

Let’s face it – the vast majority of us suck at this game. But if you’ve ever wanted proof, now there’s FlapMMO. It’s exactly what it sounds like: a massively multiplayer online version of Flappy Bird. It’s not that you can interact with any other FlapMMO players, or even that anyone is working towards a common goal that would benefit all. No, the point of FlapMMO is simply to watch hundreds of other players fail right alongside you. The screen scrolls more slowly than the original Flappy Bird and Maverick Bird, though, making this particular version even more frustrating than the others. Still, it can be funny to see the wild usernames that countless other players are picking for their FlapMMO sessions. 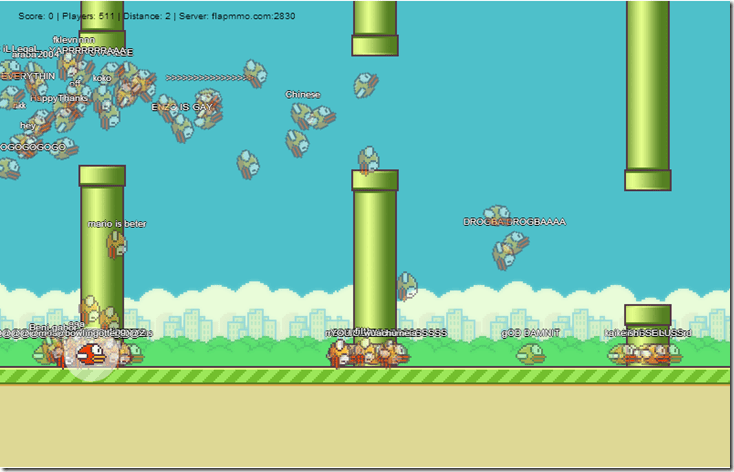 It’s clear that the people’s thirst for Flappy Bird is insatiable. Mr. Ngyuen may have felt that he introduced a harmful addiction to the human race, but the genie is out of the bottle. Try as he might to heal our species of this viral infection, it has only spread. Less than a week has passed since the mighty Flappy Bird has disappeared from app stores worldwide, but the legend continues to live on. At this rate, the maddening mobile game could very well go down as less of a one-off title and more of a full-blown genre.

Flappy Royale is a thing and why do I keep playing it?