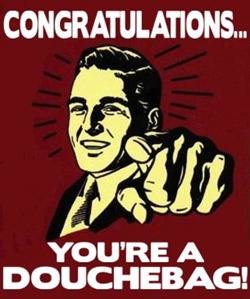 We’ve heard a few times that video game developers are using the DMCA takedown option to remove unfavourable YouTube reviews and “let’s plays” about their games. But they normally try hide the fact. However, not this developer.

After Jim posted a first impressions video that wasn’t so kind to the game the developer decided to download his video and add text annotations to the video.

If you have 11 minutes it is well worth watching how often this developer insults Jim and goes absolutely nuts about how Jim played his game.

What is amazing, however, is that even after posting the video lambasting Jim, the developer is still planning on taking Jim to court over this DMCA notice. Even going so far as to try defend his actions in the Steam forum of his game.

The DMCA filed is not to censor review’s, there are countless negative review videos posted(including multiple sterling videos) and only one in particular with a DMCA filed on it. The reason is we have a legitimate claim, we can prove a violation of our copyright(fair use is not blanket immunity) and damages.

My policing of these forums has been far from strict, look around. The people who have been banned have legitimately required being banned. If there is an apology for the DMCA a court will decides who it will be coming from.

Contrary to your comments about failed companies resigning or closing their doors, I am in high spirits and continue my efforts on this and future projects. I’m unsure of where your last sentence is coming from, as i have not lashed out at the community regardless of the hatred that has been slung my way. I believe there are tons of great people in the steam community. Thank you for your interest, have a great day.

I have pinned and locked this thread as I believe it addresses and clears alot of the current banter being discussed. NOTICE TO EVERYONE: Please do not start additional threads discussing this matter in these forums or they will be removed.

This developer reminds me of another local who attempts to use the court system to squash any negative press about their organisation. The developer appears to be totally unaware of the damage his actions have caused his current and all future games.

According to one of Jim’s last tweets the developer isn’t going to drop this. Yet another sad day in the gaming world.

Developer also wishes to see this go to court, if that post is more than simply bluster. Maker has a good legal team, so I’m told.