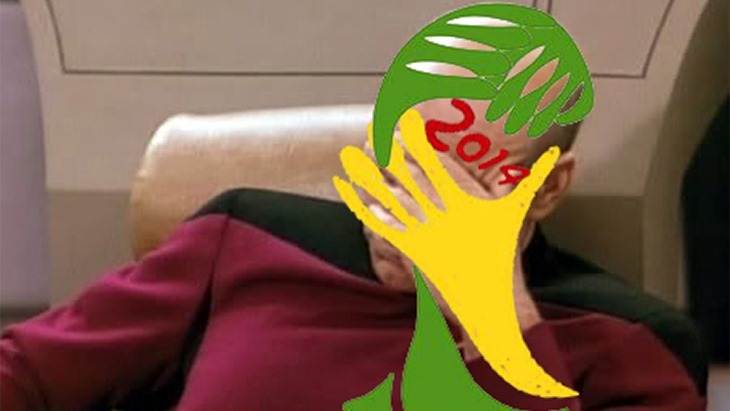 In general, I don’t really watch football. Club football really doesn’t interest me – I only keep up on it so I know if Gavin will be in a good or bad mood the next day. But the World Cup is different, because it combines nationalism with pageantry and provides plenty of entertainment. I’m not the only one who thinks so.

People in Europe this weekend were playing Titanfall for free, but they took a break to watch a big World Cup game:

That certainly is interesting – notice the halftime spike as well as the return to gaming after that last goal in the 85th minute that meant England was going home? It seems not even the fans at home believe in 90th minute miracles anymore. At least people were watching the game, unlike when Colombia and Cote d’Ivoire played. What I’m also finding interesting, though, is the drop off that happens again later on in the afternoon – what was going on there? Also, I’m very curious how high those numbers actually are – there is a general perception that people aren’t playing Titanfall anymore, but it’s hard to gauge just how true that is.

Have you been balancing your gaming with a healthy dose of sports? Personally, I haven’t had much time for football viewing – I’ve been too busy playing games on Steam thanks to the sale. Watching my friends on there jump into new games and use foul language as their backlog grows has been enough of a sport for me.