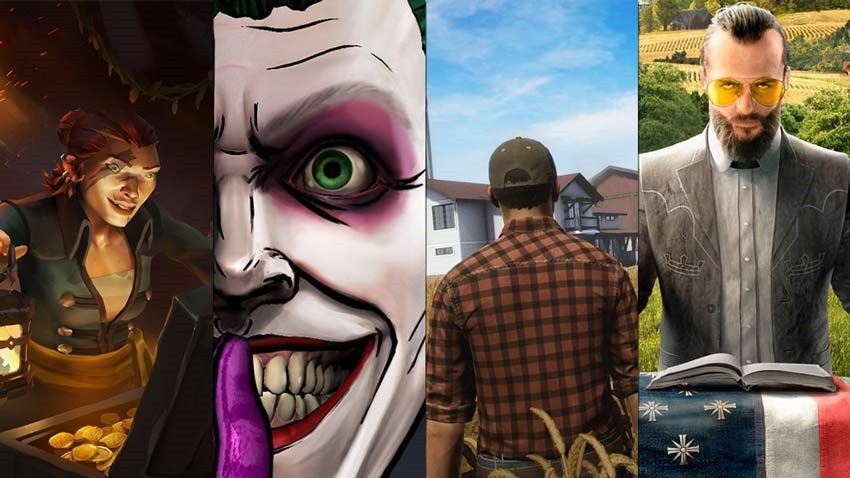 My bank account may detest it, but I for one do love a solid week of video game releases. Genre itches are scratched, their oozing sacks of liquidised flesh cells rupturing in satisfaction and dribbling down the spine of the strapped gamer and…I honestly have no idea where this incredibly gross analogy is going. I need more tea/hot salad water.

ANYWAY! The week ahead and beyond has some chuffing good releases on the horizon. The biggest names on the list below include Ubisoft’s zealot-shooter Far Cry 5, Rare’s return in Sea of Thieves and co-op puzzle escape game A Way Out. Here’s the full list below of what you can get your hands on this week and beyond into the end of the month:

Any way you slice it, that’s a stellar line-up. On the smaller-budgeted side of the release schedule, I’m deadset on realising my Joker in the final episode of Batman: The Enemy Within, as well as building a mighty Roman warrior in Titan Quest. Again. Again. I…I’ve played way too much of that game and yes maybe on PC I used Cheat-O-Matic to give my character all of the skill points for sheer shits and giggles as I run amok.

Hey, early-2000s Darryn was a cheating bastard. Late-2010s Darryn is still the same, but at least he’s better at providing an alibi. So, what tickles your fancy? Sound off below.