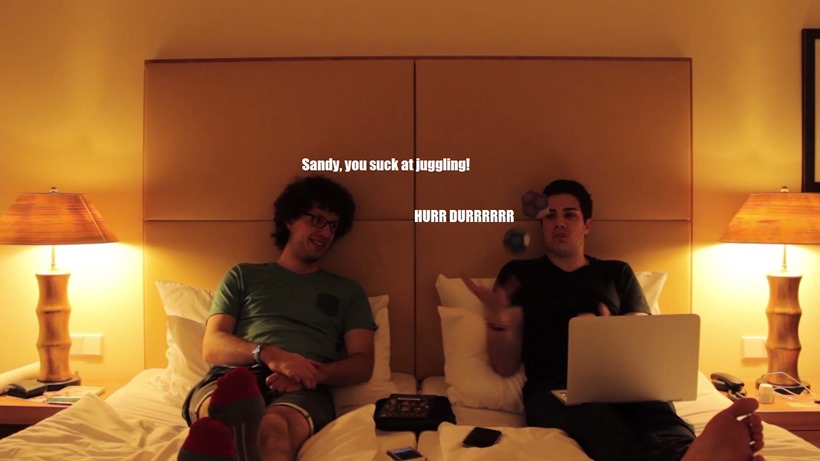 If you’re reading the headline and scratching your head in confusion, don’t worry, I’m at the Gamescom expo itself, and even I don’t understand how yesterday was day 1. Alessandro and I have been wondering around for three days as a matter of fact, and we have walked over 500 miles (almost). We are already beyond exhausted, but there is still so much to do! Here’s a quick video of what we got up to on day 1 – the official launch of Gamescom.

Alessandro got some time with Vive, the VR that Valve and HTC have teamed up to work on. He insists that it’s the best VR on the market at the moment… he was completely blown away!

Meanwhile, at the Blizzard Conference, I was fanboying hard. I spotted the shiny noggin of Dustin “TERRIBLE TERRIBLE DAMAGE” Browder, which was awfully distracting because I constantly wanted to peek into it to see what the future held. Alas, my predictions were wrong – there was no Warcraft 4, nor a Diablo III expansion announced. Sadly, there was no release date for Overwatch either. What there was though, was a ton of new content shown for existing Blizzard titles, which isn’t a bad thing.

Throughout the rest of the day, Alessendro and I ran around like mad, fighting the masses to reach our appointments in time. You will read about all we saw over the coming days.

In the meantime though, here’s a video wrap which summarizes all we did on day 1, over and above the words you have read above. It’s worth the watch – at least to see how bad Alessandro is at juggling. HINT: it’s as bad as his Cuphead capabilities.

Now if you’ll excuse me, I’m off to find a large pile of toothpicks to make sure I can keep my eyes open over the next two days. There is still SO much to see and do!