Home Gaming Gamescom 2015 – Time is a killer in Quantum Break 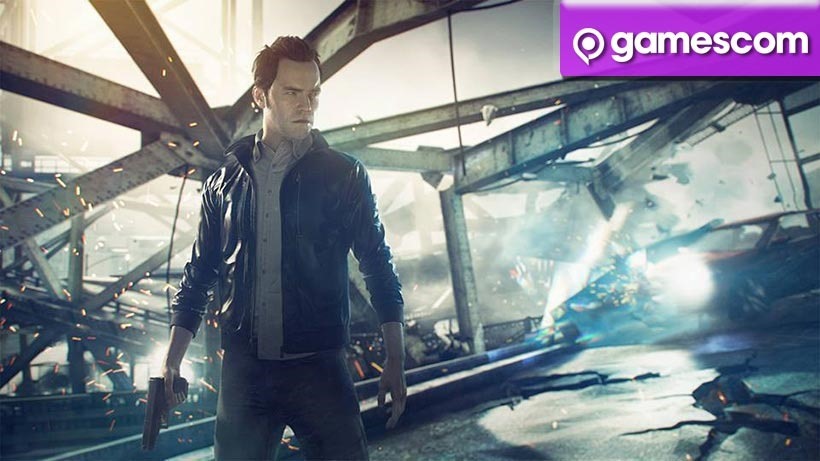 “The number one killer is time,” says the new glimpse at Quantum Break’s gameplay. We saw some of the game in action last year. Since then, it appears as if Quantum Break has had a massive shift forward in design. The gameplay demo breaks down the origin of the violent time loops that lead character Jack Joyce finds himself in, as he navigates some manner of a violent confrontation.

And here’s where things get interesting. Quantum Break looks like your standard cover shooter at first glance, but then the timey-wimey gameplay takes the stage. And it is beautiful.

It’s not just about taking cover. it’s about zipping around in the fourth dimension, flashing forward in time, rewinding it and freezing it in order to survive. Words don’t do the game any justice, as bullets whiz by, particles shower Joyce and the world warps around him.

That might be too much power for any one person to handle in a gam, making them a time-god. And then the trailer throws a curveball at players, with chronal-harvesting agents who boast similar skills. It’s rather energetic. Added to all of that, is what appears to be an actual story as the Xbox One may have one hell of a first-party title on its hands.

Remedy’s bigwig Sam Lake then appears to chat about the upcoming live-action show that will come with Quantum Break, describing it live action show fused together to form something that is more than the sum of its parts. From there former Iceman Shawn Ashmore (who plays Joyce) introduces us to the live-action trailer.