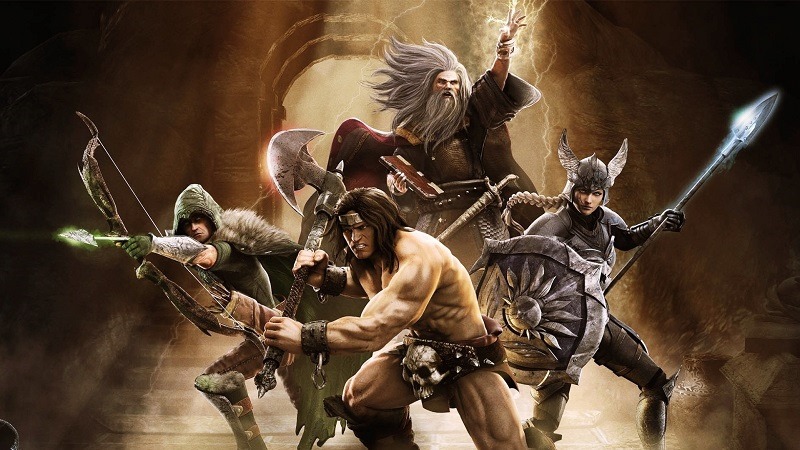 Remember that old school gem, Gauntlet? It was a tough as nails dungeon crawler which reduced even the toughest of gamers into a pile of tears. I played it many, many years ago on MAME, which thankfully meant I had unlimited credits. Death could not stop my barrage of fake money! The game first came out way back in 1985. The remake is now available, nearly 30 years later.

Here’s the launch trailer for the game (via Steam).

The classic Gauntlet 4-player co-op action gameplay returns in a completely new experience! Play as one of four distinct heroes in an intense monster filled dungeon brawler with a combination of both uniquely built and randomly generated levels to explore. Battle the endless hordes of foes as you and your friends fight for treasure and glory via both local and online co-op multiplayer.

It looks so nice and shiny, and also every bit as difficult as the original. Unfortunately for saps like me, there will be no unlimited credits this time! ! Here’s what the game features…

Online and Couch Co-op Multiplayer
Explore on your own if you dare or play with friends in 4-player same-screen and online co-op. Your friends can become foes as you compete to see who can claim the most kills and the most gold.

Discover New Powers
Players can scour the dungeons for gold and loot to unlock mystical Relics that grant the holder deadly new abilities. But beware – if used incorrectly they can be detrimental to your party’s health!

How Will You Die?
Fiendish traps, monstrous hordes, epic bosses and even your own friends will cause you to die in confounding and extraordinary ways.

The game has full controller support, which means you can play it on your couch via Big Picture too. It’s also not too expensive mind you, costing only $19.99 for a single copy, or $59.99 for a 4-pack. Will you be picking it up? If you have no experience with the game, I’m leaving a video to show you just what the original looked like.