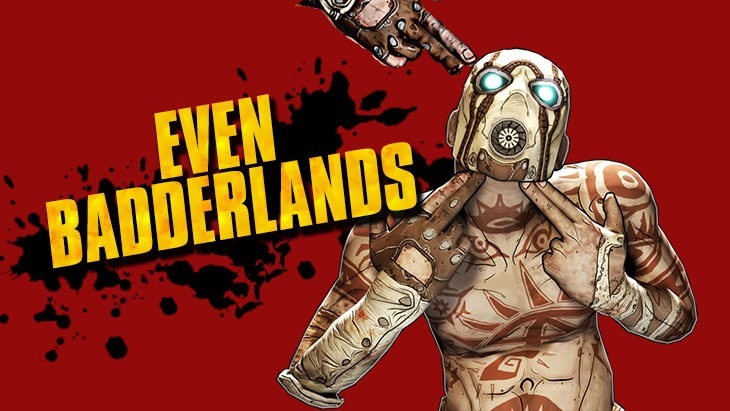 Gearbox is off making its next new game, a Hybrid MOBA and first-person shooter called Battleborne. The particularly astute among you you will  notice from the arrangement of those particular letters that it doesn’t spell out “Borderlands 3”. That’s because the whole prospect of a new Borderlands scares Gearbox a little.

Borderlands 1 was a pretty damned great game, but Borderlands 2 took everything and – to paraphrase CliffyB –  made it bigger, better and more badass. How would they be able to do the same with the next numbered instalment to the looty-shooty RPG?

Speaking to GameInformer (via Videogamer), Gearbox boss Randy Pitchford expressed the company’s reticence in making the next Borderlands. The fear comes in not quite knowing how to make their ideas quite come to life.

“There’s a point where it’s like, ‘What should the next Borderlands be? Should there be another Borderlands, and what should it be?’

“We had that discussion and there was this weird mixed bag. On one level it’s like, ‘Woah’. If you’re going to do something that’s called Borderlands 3 and it’s going to be done in this next-generation environment, there’s a whole bunch of ideas that come around of what has to happen in order for that to live up to what that needs to be.”

It was 2K Australia’s take on the thing with the pre-sequel that  “changed the nature of the pressure of what Borderlands 3 had to be for us,” Pitchford adds.

“If there’s going to be a Borderlands 3 and what that would be. We imagine what that might be, and frankly it scared us. It’s like, ‘That’s so crazy and so big that I’m not sure we can succeed’.”

Naturally, this isn’t any sort of tacit confirmation  that Borderlands 3 exists or will exist in the near future, with Gearbox reminding the world again about Battleborn, and how they’re busy working hard to make that the best game it can be. Which is hopefully better than Alien: Colonial Marines.

Borderlands: The Pre-Sequel! is coming to Xbox 360, PlayStation 3 and PC this October, with hints that it could hit the new gen systems in the future.