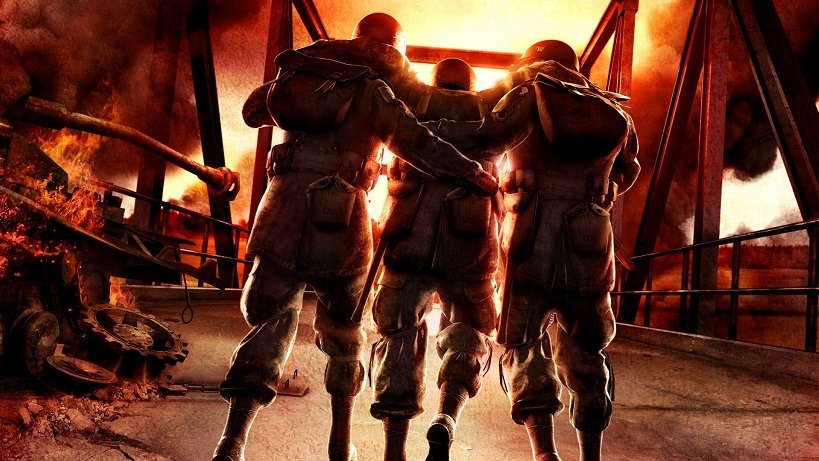 If you have a relatively decent memory, you’ll recall Ubisoft’s (and later Gearbox’s) plan to turn Brother in Arms into a more stylised, slapstick Inglorious Bastards rip-off with Furious 4 a few years ago. Aside from a trailer, the game never surfaced (it eventually turned into Battleborn) – expelling the renowned series back into the abyss, to emerge again one day. That day might still be far off, but at least now we know the next entry will be a return to familiar roots.

Speaking at Develop, everyone’s favourite CEO Randy Pitchford confirmed that a new Brothers in Arms title is in initial stages of development, and that it was to be a more “authentic” game than the Furious4 was ever planned to be. Brothers in Arms, of course, traditionally features narratives of wartime hardships, with a keen focus on small battalion relationships and the toll war takes on a soldier’s mind. A return to that type of storytelling, coupled with familiar tactical gameplay, might just be what the series deserves.

But before we all get too excited, Pitchford also stated that Gearbox is currently looking for a partner in crime to make this game happen, and that everything is still very much in the pre-development stage.

“Sadly it takes a lot of resources, energy and money to do what must be done, so it’s not something I feel I could completely do alone. I need good partners for it, so we’ve been talking to great folks but it’s really putting all that together that’s the limiting factor. Once we put all the partnerships together in terms of publishing, collaborators and creatives, we can talk about it.”

Without a development partner (or outsourced studio to lay all the blame on if need be), it seems that any hope of a new Brothers in Arms is still years away. That may be the case, but Pitchford believes that the project has the potential to hit the ground running fast.

“I feel like I’m on the brink of it, but we’re not quite there yet. Once it happens development will really take off and then sometime after that – if we don’t completely kill ourselves – we’ll announce. But we’re in the incubation phase with the next one there, for sure.”

I do hope that Gearbox take good care of the franchise, considering it’s one of my favourite tactical shooters to date. The original Brothers in Arms games often felt ahead of their time in terms of the intricate mechanics they featured – and a brand new one could crack open that last-gen shell to a whole new world of possibilities.