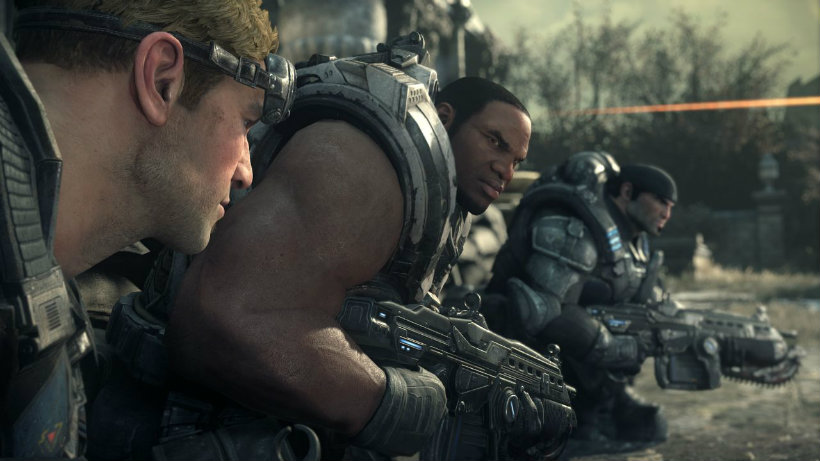 Gears of War: Ultimate Edition has people really excited. We are all part of the problem for buying into the hype of a remaster, but I still know plenty of people who are amped to play this, and the new game in the franchise. It’s all about getting people excited for the characters, the story, and oh who am I kidding? It’s all about firing massing guns and chainsawing people in half again.

Here is the latest video explaining what went into the modernizing and remastering of Xbox’s iconic game. Yes, I used the word iconic, but I think it’s valid.

I have such mixed feelings about the timeframe for the game. Typically, games like this take two to three years, but executive producer Mike Crump explains in the video that they had just under ten months to make it happen. He explains that most of that time is spent to create the assets that need to go into the game, but The Coalition just went looking for help:

We went to find partners who could help us basically realise our vision for the game. We’re now working with a number of different partners in six countries on four continents around the world.

I’m glad that they found a way to make it happen on such a short deadline. It’s great to see problem solvers in the industry making things happen. However, I still find it a bit worrying – why were they only given ten months to make it happen? Surely Gears of War 4 has been in development for much longer than that; wouldn’t they know that they want a remaster to go along with it for those people who jumped into console gaming with the Xbox One? Maybe they were waiting to see if other remasters would do well, but it just seems a bit odd to me to only give a studio ten months to remaster a game of this magnitude; it ends up making me worry it’s just a money grab.

Oh well, it will still be a successful money grab – everyone I know who played original Gears of War will be grabbing it in the re-geared version to relive the awesomeness.

Gears of War: Ultimate Edition is coming out 25 August, making the recent local price cut for Xbox One even better.