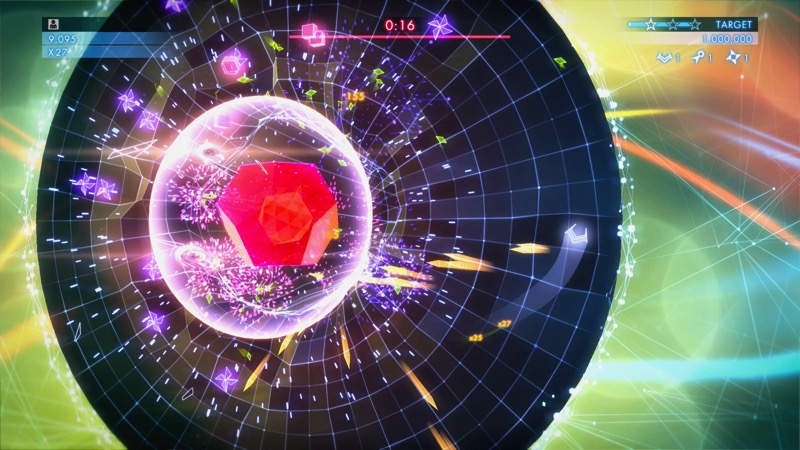 Geometry Wars 2 was my go-to twin stick shooter on the Xbox 360, and it was depressing to think that there might have never been a decent sequel with Bizzare going the way of the dodo. The resurrected Sierra Games put that to rest last year with Geometry Wars 3: Dimensions, a smart evolution of the traditional formula that introduced 3D arenas with the same style of frantic neon shooting gameplay. It was, and still is, a great game – and it’s getting even better at the end of this month.

Sierra has revealed Geometry Wars 3: Dimensions Evolved, which sounds like a more complete version of the game they launched late last year. It’s exactly that, but unlike other games this isn’t a new version you’re going to have to pay for. Evolved is a massive update that will launch for the game at the end of this month, bringing with it a ton of content for the low, low price of absolutely nothing.

The Evolved update will introduce 40 new missions to Adventure mode, new gameplay types, new 3D grids for you to play on and brand new bosses for you to throw your controller at. All of this comes with a tweaked progression system, which will take away from of the frustration when it comes to unlocking new stages. There’s also new leaderboards for new Hardcore game types, which prohibits the use of drones or supers.

Most versions of Geometry Wars 3 will receive the update on March 31st, PS4 and Xbox One owners will have to wait a day more. From now on Geometry Wars 3: Dimensions Evolved will be the only copy of the game you can purchase, but it won’t affect the price at all. It’s a generous kind of post-launch support that is somewhat rare in the industry, but I wouldn’t mind seeing much more of it.