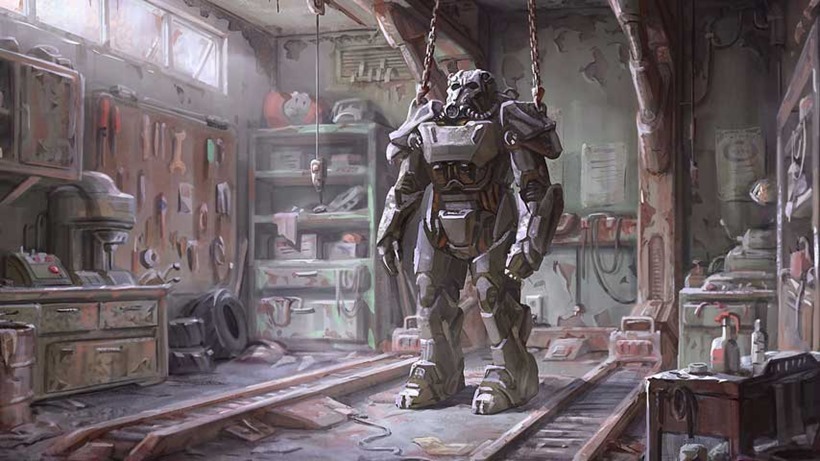 Fallout 4 may only be hitting screens in November, but dammit, that’s too long to wait to re-enter the wasteland. So what’s a vault dweller supposed to do? Easy, prepare for the worst. And by that, I mean roll the dice and start working on crafting your vault dweller stats.

Which I’m doing right now, with this handy little tool over on Wolfstack. If you’ve been around the Fallout block before, you know how it works. Experience rewards points, which can then be used to upgrade the following perks on the S.P.E.C.I.A.L tree.

According to the guys in the office however, nothing can increase my special traits, which is rather sweet of them to say…hey, wait a minute. Here’s a look at the kind of character that I’d take into the wasteland: 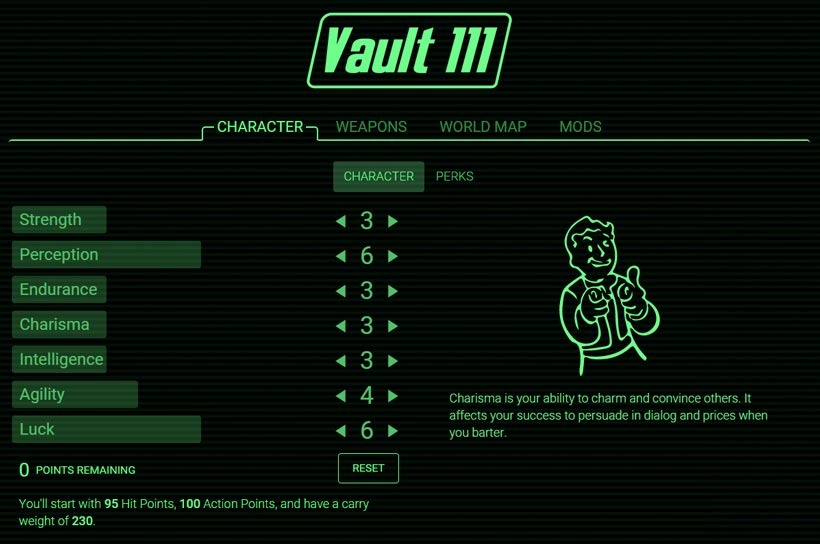 S.P.E.C.I.A.L stats have always been necessary in Fallout, as a means of increasing your attack power, health and overall resistance to being stabbed in the face with a radioactive knife. Now bear in mind, this is all a fan effort, built on speculation and whatever information is floating around. So it may be a bit incomplete. Here’s a look at the perks that my character has access to, using the site: 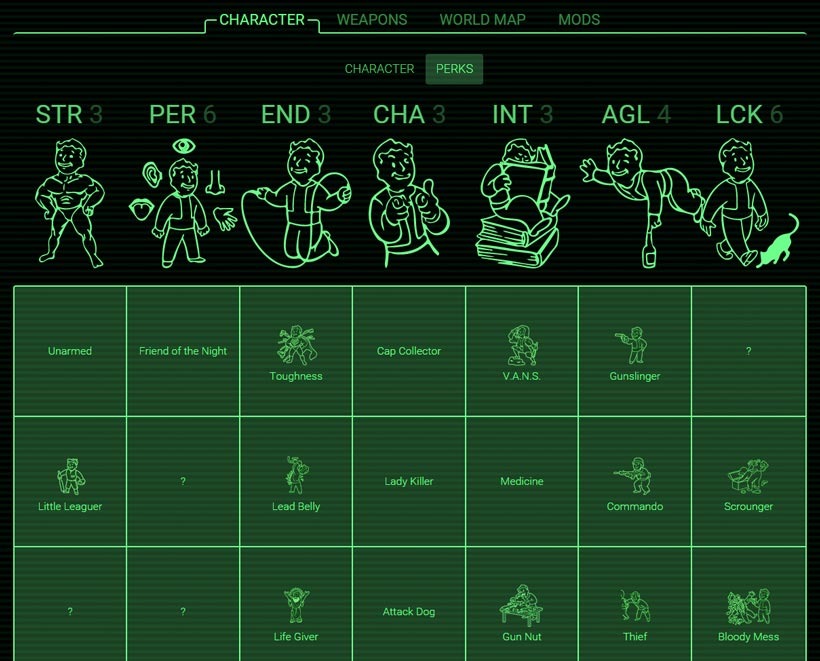 Reddit user Psilocyan plans to build the tool into a mobile-friendly companion app for Fallout 4, that will be complete with weapon stats and maps for second-screen purposes:

I started this for a collaboration with the user who runs vault111.com. My goal is to have this be a mobile/tablet friendly site to serve as a second screen (or third screen if you include the Pip Boy) while playing to easily look up weapon/attachment stats, perks, a zoomable world map, etc.

Basically like a Fallout 4 Wiki but in a convenient, immersive, Pip Boy-style interface.

Obviously that content is going to have to wait until release, but I went ahead and built this as a start. It’ll calculate your HP, AP, and Carry Weight, and you can set your SPECIAL stats and then check the Perk Chart to see how far down that gets you.

I based my assumptions for perks off the “best effort” perk chart post from a while back, obviously once the game is released I’ll throw the correct perks and icons in there, and have information about what exactly each perk does. If you have any guesses or feedback let me know!

Which will be rather useful when the game arrives. It’s looking quite massive so far. Definitely massive. Definitely.