The voting process for the Overwatch Watch Cup has completed, and with it we get our first glimpse of the South African Overwatch team. Initially, Blizzard selected a number of people who had  showed promise in the first season of ranked play. These players achieved some of the highest ranks in the region, and were put forward as potential candidates for  Team South Africa. Next came the voting process where members of the public were able to vote for the four players they wanted in the team. It was hardly a popularity contest, as some would assume, as the outcome was in fact an extremely strong team. The last two players would be chosen by the captain. These are the players who were chosen:

CarNage impressed the local community as he led his team E.D.E.N (now Energy eSports) to victory in the Orena Championship Ladder. Playing mostly Genji and other Damage mains, CarNage obliterated his opponents on the back of an extremely strong lineup. Arguably one of the best players in the current Overwatch scene, being chosen as captain was a no-brainer when considering he got 44% of the votes, and the final decision of the two players with the captain’s pick. CarNage will be filling the role as core damage.

Senticall achieved the highest rank in South Africa for Overwatch. His plays, alongside that of CarNage, were a core element in their victory in the Orena Championship Ladder. Being an all round gamer, both Senticall and CarNage currently play for Energy eSports League of Legends where he also gained the highest LoL Rank in South Africa. Senticall, in his flex tank role, was by far the strongest in South Africa, continuously impressing both teams and viewers alike. An obvious choice, with 43% votes achieved, alongside his teammates Senticall will be a force to be reckoned with come qualifiers.

Visions was one of the primary support players for E.D.E.N, who surprisingly outshined even some of the damage players with his support play. Often supports are in the background making sure everyone stays alive, but Visions impressed everyone, especially on his Lucio. Visions will play as the main support for team South Africa, where he will continue to push the boundaries of the role, refusing to stay hidden as a mere support.

A Hearthstone champion turned Overwatch professional, Selfmoord is the final member of E.D.E.N to be chosen for Team South Africa. Initially struggling in the role of DPS, Selfmoord picked up his game as the Orena Ladder progressed becoming a force and no longer overshadowed by CarNage. The four members of E.D.E.N will rely on their synergy to insure they have what it takes to make it through the qualifiers.

The final stage in forming Team South Africa relied on the captain’s picks. CarNage went with two members of SSG, a team we haven’t seen much of in the local South African scene other than their victory at the Weekly Level Up Cup. This is largely due to a number of their players being based in Europe, thus being ineligible to take part in the Orena Championship Ladder.

The last two members are Sean “sZZ” McCalgan and Thorn “Dup” Du Preez, both former competitive Battlefield players, and the perfect choice to round up Team South Africa. sZZ will be filling the secondary support role, while Dup will take the core tank role.

After spending several weeks covering the above players I can honestly say this is an extremely strong team who will best represent our local scene. The team begins their campaign in September which will end at BlizzCon 2016. Show them some support as they take on some of the toughest teams in the world, especially being placed in Europe. 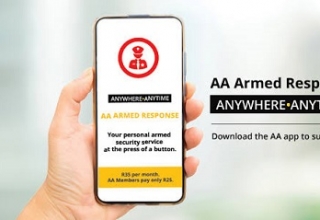 With a rather innovative idea, the AA has teamed up with security firms to add an armed response service to their popular Rescue Me app.