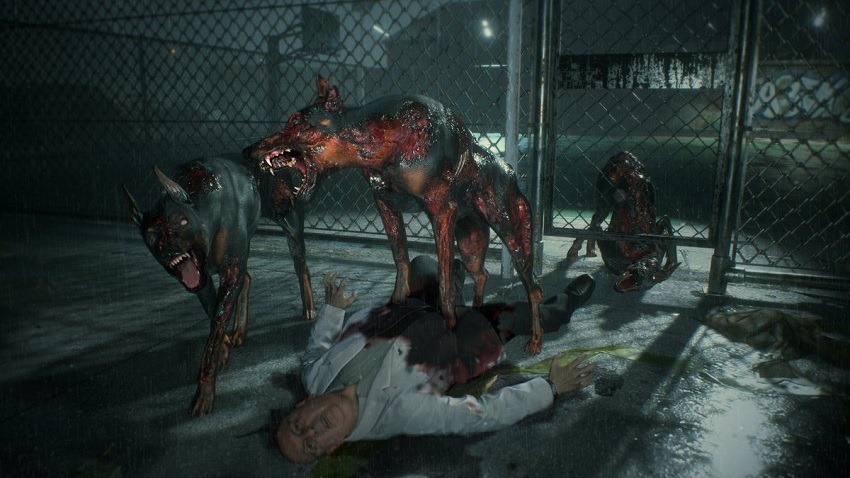 Resident Evil is seeing a resurgence in popularity, after Capcom nearly tried their hardest to drive the franchise into six feet into the ground with Resident Evil 6. Its sequel was a rebooted, retooling of the franchise, switching to first-person and focusing in on a single location and creepy corridors over blockbuster action. Unsurprisingly, it worked well and Resident Evil 7 is arguably one of the best in the series to date. Everyone still has a soft spot for the originals though, and their campy horror and more focused stories made the series what it is, but even a remake of Resident Evil 2 is taking liberties with its source material to make it more relevant for today’s horror appetites.

In terms of content, characters, and story, Resident Evil 2 Remake looks exactly like the story you might remember. The T-Virus is spreading like wildfire across Raccoon City, and no one really understands the extent of what is happening. There are shady corporate characters such as Ada Wong to add to the conspiracy, while series stalwarts Leon and Claire step up to try and tackle the zombie outbreak. It’s all much darker in tone now though, thanks to modern graphical techniques that are able to convey the correct sense of dread and fear that the originals just couldn’t at the time. There’s some genuinely unsettling imagery in RE2 Remake, and it’s got me really excited to play this all again.

One area where Capcom is focusing on improving this classic is its larger, more grotesque monsters. At the time, having a hulking giant zombie with an eyeball for a shoulder was horrific enough, but the idea of having to fight that or something like a giant alligator seems out of place in the more grounded tones of current horror franchises. There’s still horrifying creatures, but they’re used in subtle, smart ways to invoke fear rather than just being larger enemies to struggle against. It’s evident from the trailer above that Capcom understands this clearly, and so has redesigned some iconic boss fights from the original to better fit with the darker atmosphere this remake is aiming for.

It all looks incredibly slick and suability terrifying, which is exactly what Resident Evil was to many people when it first launched on the PlayStation 1 all those years ago. It shows that good design just needs a few touch-ups to stay relevant in a different age, but that real, thoughtful horror can be just as scary today as it was nearly two decades ago.