Home Gaming Get ready to crumble with a Clayfighter remake 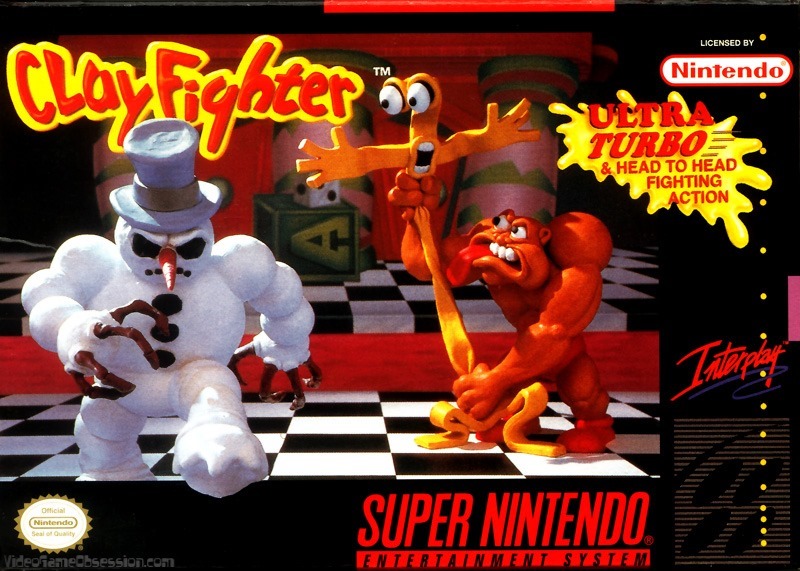 There’s a Clayfighter remake on the way it seems. Or in this case, a re-sculpture.

That’s the word according to Interplay, who’ll be resurrecting the classic 1993 brawler, which harkened from an age where every developer was trying to get in on the Mortal Kombat and Street Fighter craze by creating their own fighting game with a hook. In Clayfighter, said hook came from the visuals, which were made completely from claymation. Thanks to a meteor that had landed in a circus, the game featured bizarre characters such as Ickybod Clay, Blue Suede Goo and cover mascot Bad Mr Frosty. Other features of the re-sculpt, which will combine all previous games into one package, include:

Clayfighter was a great game for its time. Great-looking at least. When it came to gameplay however, it was half-baked in the kiln, and nowhere near as competent as its contemporaries.  And that included a genre with the likes of Mortal Kombat, Street Fighter and Shaq Fu. The visuals were the main selling point, but the clumsy gameplay and unbalanced AI didn’t help the game win any points along the way.

Still, it could be worse. Just imagine if a Rise Of The Robots Remaster was on the way. Now who do I have to speak with in order to get a remake of Eternal Champions?