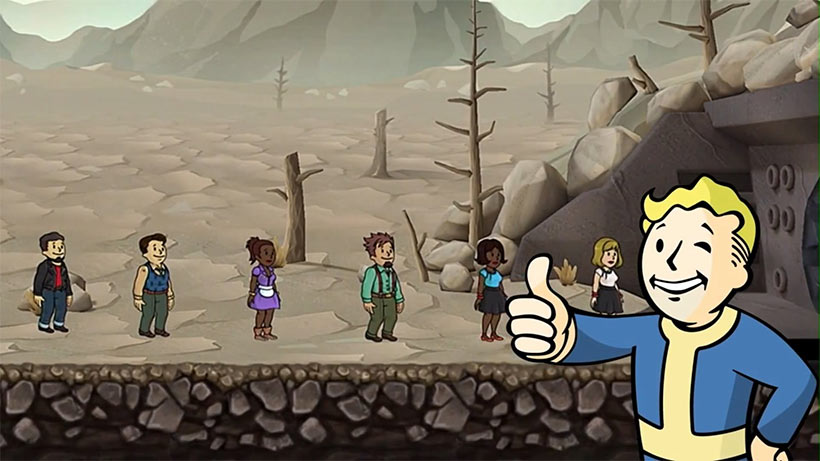 Forget Fallout 4 – the mobile iOS exclusive (for now at least) game Fallout Shelter was the real winner at Bethesda’s conference. I’ve been playing the adorable vault simulator ever since the show (crashes permitting), collecting caps, vault dwellers and, most importantly, lunchboxes. These are the lucky packets of the wasteland, and there’s a way you can ensure you never run out of them.

Like any other game, Fallout Shelter isn’t immune to exploits. The only one worth caring about at the moment involved a continuous stream of lunchbox rewarding objective – which far outweigh the importance of cap-based ones. Starting a new vault rewards you with many of these before the well starts running dry, but play your cards right and you could keep the good times rolling endlessly.

What you will need to do is start a new vault. From there, go through the short tutorial and keep an eye on your objectives. You can only take on three at a time, but be sure to never complete (or dismiss) both “Equip 1 Dweller with an outfit” and “Sell 1 weapon or outfit”. Keeping those two objectives will lock your game into a reward loop – letting you retake countless objectives that reward you with the overly generous boxes.

You’ll still have to work for them, but having to level up a single dweller or collect a little bit of food is far easier than whipping out your credit card for a little in-game boost. I’ve just tried to get the game in the same state, and it seems to be working for the meantime. That’s probably because Bethesda have yet to update the game – which would certainly be welcome considering all the crashes I’ve had to endure.

Although, spare a thought here and there for Bethesda while playing. Sure unlimited lunchboxes are great, but a small $10 donation for a pretty stellar free, microtransaction-light game would go down rather well too I think.