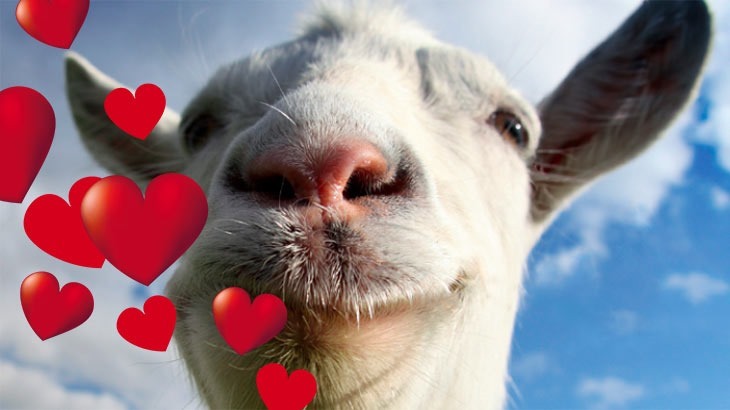 Goat Simulator is a stupid, broken mess. It’s barely even a game. It’s more of a demented physics sandbox wrapped in a layer of inanity. And it’s a better love story than Twilight. The game’s latest update brings with it co-operative play and allows goats to do all of the stupid things you can do in Goat Simulator…together.

"We realise we said we’d release the patch in May, but we really wanted to shock players and make sure the new map will be even better than the old one, so we had to push forth the release date a week or so than we originally intended," Goat Simulator designer Armin Ibrisagic explained.

"With June 3rd as a release date, the new map is gonna be so awesome, and I’m not just saying that cause I’m working on the game."

Here’s a full list of the patch 1.1 notes…which I recommend reading all the way through.