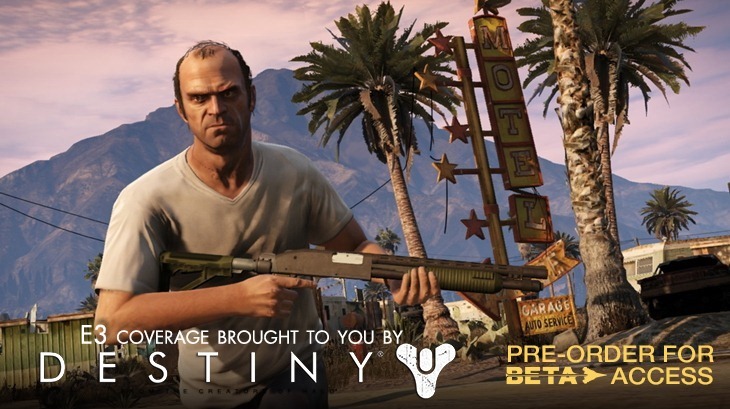 Grand Theft Auto V is coming to PlayStation 4, Xbox One and yes, even PC in the Southern Hemisphere’s spring. If you’ve had a look at the new PS4 trailer, you can quite clearly see that it’s not some simple port job; the game’s very nearly being retooled – with new textures, new animations and will likely end up looking and running like magic. According to Sony, it’s going to be extra special on PS4.

“I don’t think we announced anything publicly on that, but there will be,” Sony marketing boss John Koller told Kotaku when asked about exclusive content.

“GTA 5 is going to be, I think, a title we’ll talk about more in the weeks and months to come, but GTA 5 and the GTA franchise is something that will be something very special on PlayStation.”

Grand Theft Auto , Sony feels, started with them, and that GTA is at home on the PlayStation.

“GTA 5 is a title that did extremely well on the PlayStation 3. In fact, the index rate — the index rate is the amount of people who purchase one platform or the other relative to the install base — it swung well in PlayStation’s favour for GTA 5, a lot of it because of the partnership we had with Rockstar,” Koller said.

“We would expect that to happen here, too. GTA is a PlayStation franchise. It started with us. We really feel strongly that it belongs as a key platform driver for us.”