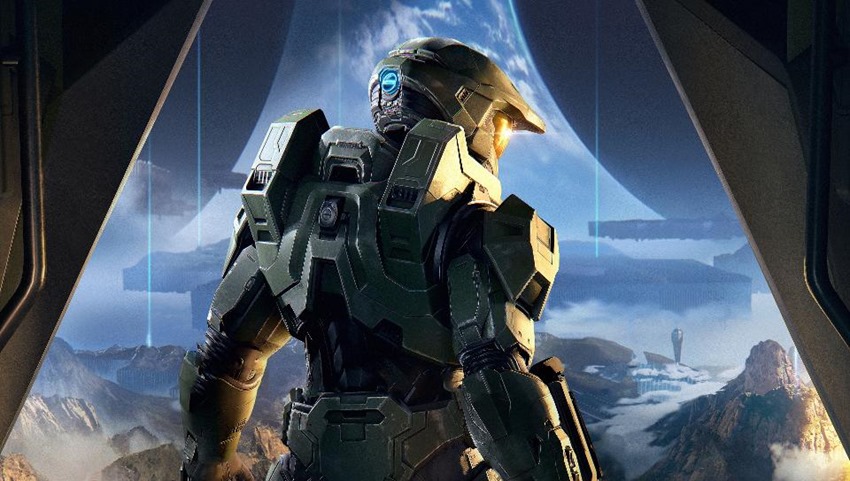 Is there still a place for Halo in today’s modern shooter environment? That’s the question I want to see answered come Thursday, when Microsoft’s Xbox Series X grand slam lollapalooza event kicks off, bringing with it not only a number of new game announcements but a few old favourites along for the ride as well.

Halo Infinite is one of those games that’ll be shown off properly, with Microsoft’s venerable shooter franchise looking to inject some new blood into the series by adopting a more flexible campaign and world to explore. Recent leaks dropped a few more details on the game, but according to regularly-right Halo insider Klobrille via VG247, those leaks were faker than my new HiPhone which I purchased from the Chapel store last week. “The leak is still fake,” Klobrille wrote in a ResetEra thread.

Grappling hook is in as to my limited knowledge, but it’s more like an equipment pick-up similar to Halo 3. No idea how that is included in campaign. Halo Infinite Arena is all about going back to classic map control gameplay (power weapons and power-ups). There are a lot of cool map power-ups to complement the sandbox. Grapple hook, thrust or classics like overshield. All this is very dynamic and might vary heavily based on playlist etc., of course. But more on all that at a later date.

From the sound of things, that brings Halo Infinite closer in line with Halo 3 and Halo Reach, chucking those delicious power-ups at players while keeping the action fast and hot. And on top of that, Halo Infinite’s sandbox may allow developer 343 Industries to experiment more than ever with the run ‘n gun formula. “I do think people will pretty fast realize that nothing is absolute in HI,” Klobrille wrote.

The game will likely have the biggest player base a Halo game ever had, there is a lot of room for experiments and many playlist options. They are building systems to dynamically change/balance stuff and allow a diverse set of different multiplayer and Arena experiences, even more so when looking at the ridiculous options Forge will bring.

If that’s true, then that would explain why it’s going to rain hard this week because I’m actually interested in a core Halo game again. Only one more day, until Microsoft unleashes their biggest push yet to win hearts and minds.