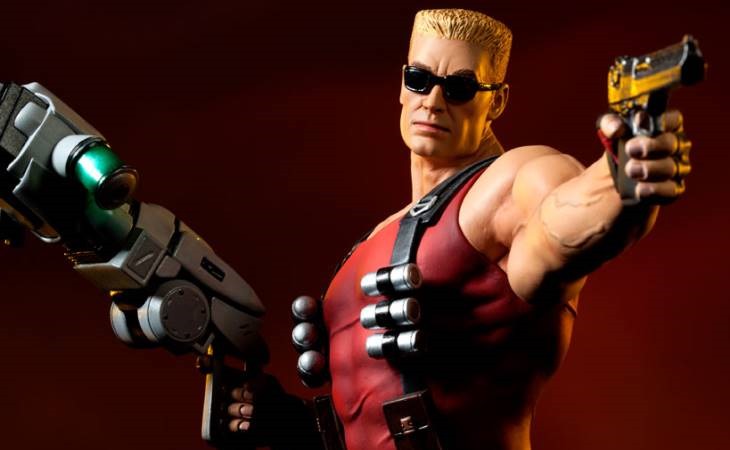 I think it’s time King Duke was put out of our misery. according to a tweet posted on the weekend the studio who once owned Duke Nukem, Apogee Software (3D Realms) has now been sold to Interceptor Entertainment. The studio currently developing a new Duke Nukem title.

However as with everything linked to Duke Nukem things are never as straight forward as they should be.

If you remember a few years back Gearbox revealed they had purchased the rights to the Duke Nukem IP and when they found out late last year that Interceptor Entertainment were developing a Duke Nukem title they filed a lawsuit claiming IP infringement, unfair competition and breach of contract.

That lawsuit is still on going so it was quite some surprise to see the Frederick Schreiber, owner of Interceptor Entertainment, tweet the following.

Yes, we have indeed acquired Apogee/3D Realms. We will be giving an official statement tomorrow.@InterceptorEnt , @RiseoftheTriad

So that is pretty straight forward isn’t it?

Except now Terry Nagy, the co-founder of Apogee Software has told Polygon

Interceptor Entertainment has not acquired Apogee Software, LLC nor any of our IP including Rise of the Triad

So what on earth is going on here? Has 3D Realms been sold or is this just manoeuvering to try and work around the court case? Or more importantly, do we really need this IP to survive or is it about time we jettisoned Duke into the atmosphere to live out the rest of eternity as far away from humanity as humanly possible?