Home Gaming Hearthstone is getting a new expansion in August 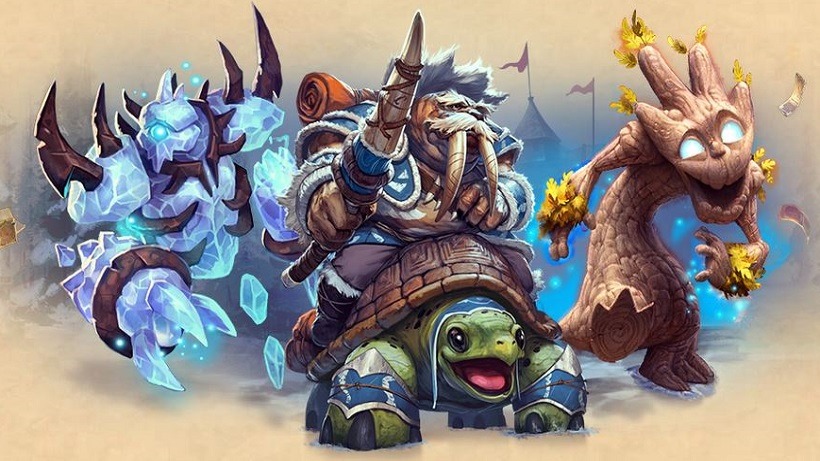 Nearly three weeks ago, Blizzard sent off a tiny scroll to NOT LAZYGAMER.NET proclaiming that the 22nd of July holds a mystery Hearthstone announcement. Well, look at your calendar, what day is it today? Yes, the 23rd, but that’s beside the point! Thanks to different time zones, we were all fast asleep when the announcement dropped. What was unveiled then? Oh, just a new expansion for Blizzard’s digital crack… er… I mean card game.

As the teaser hinted back then, the next expansion coming to Hearthstone would have a tournament theme. Here’s a preview of what can be expected when The Grand Tournament arrives sometime next month:

Knights of all shapes and sizes from far and wide come together at the Grand Tournament to complete for fame and glory! Years ago, the Argent Crusade started the tournament as a way to find champions fit to take on Azeroth’s greatest villains.

Now that the Frozen North is less perilous (and a tad bit warmer), the Grand Tournament has a playful side to it. Ogres, Pirates, Dragons, and even Murlocs have sent their finest Knights, ready to strut their stuff and show what they’re made of—all in the name of fun!

Thought you had all the cards Hearthstone had to offer? Not for long – there are 132 new ones to collect! Here’s a sneak peak of a few:

Don’t feel like grinding to get them when the expansion arrives? No worries, you can grab some card packs for a small fee…

Yeah I was kidding. $50 certainly ain’t cheap! Still, if you’ve got the cash, that’s the fastest way to get a bunch of brand new cards. Others will just have to grind a bunch to up their card collection.

Are you excited for the expansion? It’ll be arriving next month sometime. For more information, check out the official Grand Tournament page.