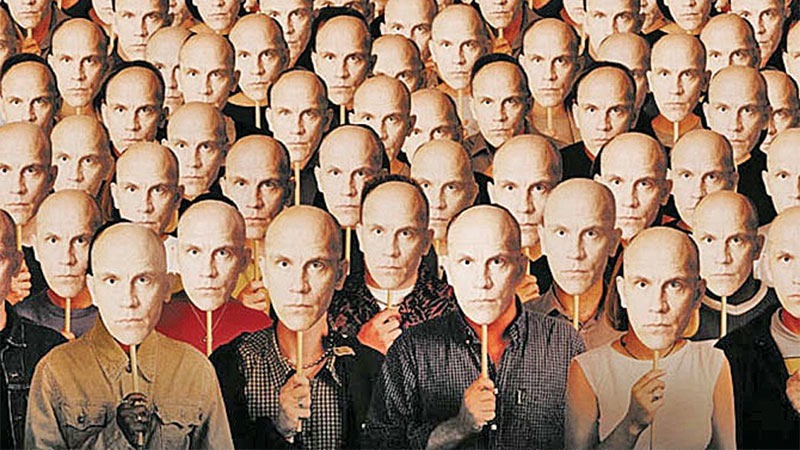 The sun continues to shine, water remains, for the most part, wet – and Call of Duty’s player-base continues to be milked supported by DLC. The next bit of extra, paid-for content coming to Sledgehammer’s Call of Duty: Advanced Warfare. Beyond a few new maps and a weapon, it’ll also add something Treyarch’s Call of Duty games have been known for: Zombies.

I’ll be honest; were I a Call of Duty adherent, I’d be a little pissed that “Zombies” are locked behind a paywall. It’s a little different to Treyarch’s zombie mode though, this time being a riff on the already included, co-operative Exo survival mode. It’ll feature the likenesses of  John Malkovich, Bill Paxton, Rose McGowan and Jon Bernthal.

Here’s what it contains:

Core: Deploy to the Gobi desert where the ravaged ruins of a nuclear fusion plant set the stage for a high-octane warzone. Take down enemies through the wreckage in long-range combat or get up-close and personal in the tunnels surrounding the central turbine. Activate decontamination drones using the map-based scorestreak to help clean out the competition.

Urban: Prepare yourself for brutal, high-speed combat in Dallas Ward 3, a future mega structure, funneling players into a close-quarters free-for-all. This modular compound’s verticality unleashes the exoskeleton’s capabilities. Stay focused during the timed event as blast doors alter the map’s flow and sightlines.

Sideshow: In the shadow of Devil’s Tower, Wyoming, this abandoned inn’s open layout amplifies its creep factor. Blast your way through the clown inn with close-quarters battles or use long-range site-lines from the mining facilities and natural terrain. Use the map-based scorestreak to activate the lights, music, and magic of the clown marquee and rain down a barrage of rainbow smoke-trailed cannonballs.

Drift: An idyllic ski resort high in the Rocky Mountains is transformed into a festive high-altitude playground, perfect for an all-out firefight. Make your way to the highly contested over watch in the glass observation deck or take a ride on the carousel to deliver 360 degrees of carnage. Players can use the map-altering timed event to their advantage as an avalanche of snow and debris disorients players, intensifying the battle.

It’ll be out – as is usual for Call of Duty DLC – on Xbox first on  January 27, expanding to other platforms once the month-long exclusivity period is over. It’s $15, and is included in the game’s season pass.