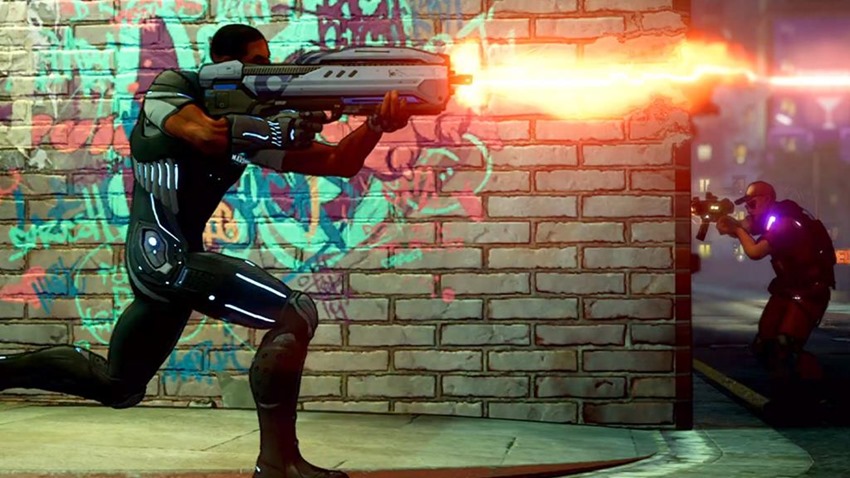 Crackdown 3! After what feels like an eternity of waiting, Microsoft’s much-vaunted kills-for-skills simulator is finally locked down for a proper release next year February. It’s about time as well, because the game was first glimpsed back at E3 2014 and then suffered numerous setbacks. Early response for the game so far paints it as being entirely alright, and I’m absolutely fine with that.

Not every game has to be a groundbreaking spectacle of ray tracing visual effects and weighty character development. Occasionally, people just want to put their feet up and go wild with a power fantasy. That’s an itch that Crackdown 3 will probably scratch for a week or two, after which it’ll most likely lay dormant on an Xbox console when something shinier comes along.

Now that looks pretty darn solid. Destruction reigns from above, agents are tossed around like rag dolls and being able to leap over buildings in a single jump never gets old. Will I still be able to arrange several tankers together to form an almighty ramp with which to turn a high-priced sports car into a glorified missile? I certainly hope so.

Hey, if that’s a day one game from Xbox’s Game Pass program, I’ll be down like a clown for some of that action. Of course, Crackdown 3 also has a story mode that features agents once again looking to topple a crime empire one chess piece at a time, but plot plays second fiddle to obscene amounts of property destruction. Just as the gods intended.