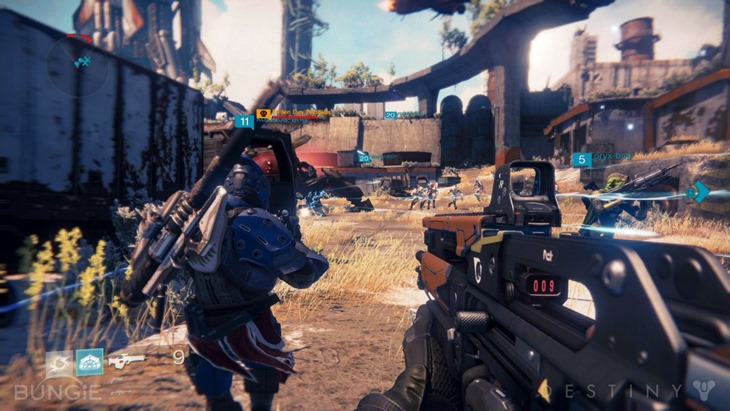 PlayStation gamers have been enjoying some Destiny goodness the entire weekend. Xbox fans are still waiting on the sidelines, but tomorrow the beta finally launches for Microsoft’s consoles. The beta runs at its full 1080p on the PS4, but last week Bungie confirmed that it wouldn’t reach that on the Xbox One. Thankfully, that’s only for the beta though.

When Destiny is released in September, Bungie is planning to have the PS4 and Xbox One versions running at the same resolution and framerate. That means the 900p resolution of the beta on the Xbox One is definitely not final. So the question on Xbox fans’ minds is just how pretty Destiny will actually look when it arrives.

Thanks to IGN, we now have a little glimpse. There’s nothing notably different between the PS4 and Xbox One versions, and fans can rest assured that Destiny looks every bit as gorgeous on Microsoft’s console as it does on Sony’s. That good news, especially since many are still hurt that Bungie supposedly abandoned them for the warm embrace of Sony.

You can check out some of the Xbox One footage below, and get another look at one of this year’s most exciting titles. I’m definitely jumping back into the beta tomorrow, this time as Destiny’s version of a Jedi.