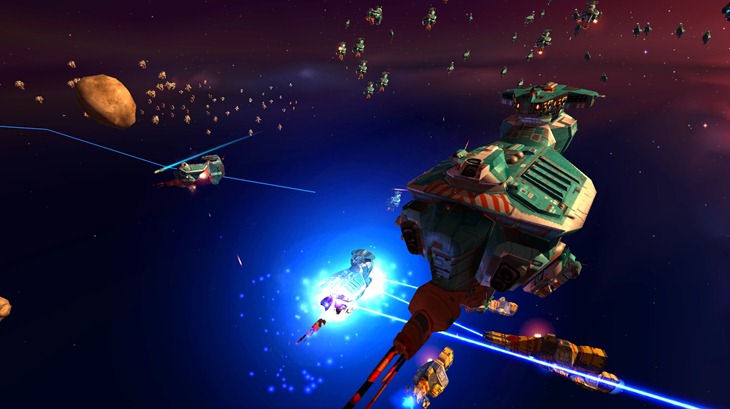 One genre that has seen a dip over the last decade, has to be the strategy game. Sure, there’s a few great examples out on shelves now, but they certainly don’t dominate sales like they used to. One of the best such games back then was Homeworld, a cosmic real-time battle amongst the stars. Gearbox has been hard at work remastering the two games. And they sound like old-school ideas with new school visuals.

“Previously, we’d been referring to this effort as Homeworld HD but as work progressed it became clear that title didn’t properly communicate the scope of the work,” Gearbox wrote on its blog.

This is more than a simple re-release or up-res — given the input we’ve received from fans, mod makers and series veterans, the result is full-fledged remastering of nearly all aspects alongside the archival Classic versions.

So what extra graphical thingamajigs and enhancements are you getting? According to Gearbox, the remastered version has newer, prettier high-res textures, graphical effects and can support HD, UHD and dammit how much money do you make every day to afford 4K resolutions.

On the old school side of things, players also get the unaltered versions of Homeworld Classic and Homeworld 2. Which is essentially like buying a Star Wars Blu-Ray set and getting the original films on VHS with them, minus George Lucas and all the special effects he added in the years after release. Neat.

There’s no release date yet for the Homeworld Remastered Collection, but fans can in the meantime vote on what they want to see in the special collector’s edition. Personally, I’d love it if the game shipped in an oversized box filled with manuals, posters and other paraphernalia.

You know, back when that stuff wasn’t considered limited edition content.