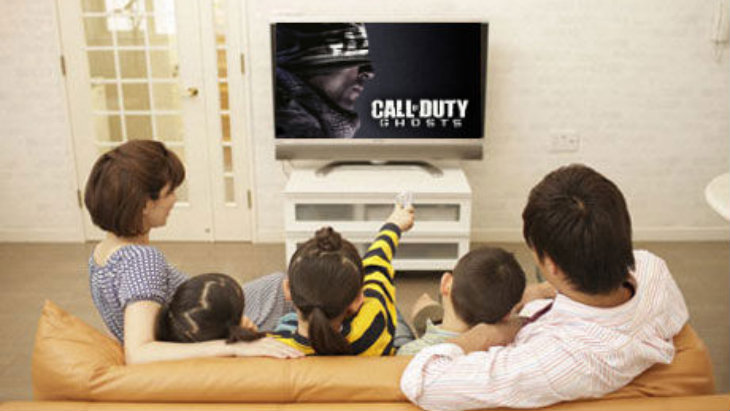 I’m packing my bags – that’s right kids, I’m off to LA to be your live, embedded correspondent at the front lines of the Call of Duty Ghosts Championship. I’ll be bringing you all the action, exclusive interviews and (hopefully pretty) pictures. So, what do you need to know to spectate and enjoy the eSports from the comfort of your home?

There was quite some controversy during the South African CoD qualifiers. Some people still aren’t happy with Team RiZe representing SA as half of their team is based in the UK. This meant that there were issues about lag and hosting during the local qualifiers. Despite official disputes lodged with Major League Gaming (MLG), they decided to uphold the original outcome of the qualifiers. As such, South Africa will be represented at the Championships by Team RiZe, playing for $1 million.

So, who are our players? They are Dominate, Mance, Paradox and Pupsky. Checking them out on twitter, Dominate is one of their UK players, a six time European Champion and ex-GOW MLG Pro. I’m looking forward to meeting him and asking about team spirit and identity, especially since he seems to enjoy trolling on twitter:

So 2 GOW players, A halo player and a monkey. Should go far. #CODChamps

The other UK team member, Mance, describes himself on twitter as a CoD player for @TeamOrbitPro. Hmm, that doesn’t say Team RiZe… who exactly is sending him to LA again?

Finally we have the two South African team members. Paradox is certainly proud of being on team RiZe, emblazoning their logo all over his twitter. He describes himself as a competitive CoD player, and he’s based in Joburg. Pupsky is a BCom student at UCT who also happens to have won the Xbox South Africa Halo 4 4v4 nationals.

Who are they going up against? Well, they secured a very difficult group. Starting in group A, they will be going up against Italian team Sublime, the French Vitality Returns and American Strictly Business. Strictly Business is a particularly powerful team – they swept through the Winner’s Bracket at the US Championships, often showing themselves as comeback kids as they could recover from poor starts to their games.

It will certainly be steep competition for the South African team to emerge from the group stage.

The competition is happening on Xbox One as the teams play COD: Ghosts. There are two main game modes that we can expect: Domination and Search & Destroy.

Domination is essentially a game of capture the flag – there are key areas on the map that need to be captured and maintained by the different teams. This game mode is more about the captures than the kills (although of course kills are important). It also requires a lot of movement for teams to grab or defend their key areas.

Search & Destroy is a one-sided game mode – the goal is for an attacking side to either eliminate the defending team, or detonate one of two bomb sites. Each player gets one life per round and the first team to four round wins takes the victory.

Although we haven’t seen it, I’m also hoping that the championships make use of Ghosts’ Blitz mode. This gameplay mode requires players to reach the enemy team’s goal to score points – once they reach the protected end zone, players are teleported back to their own goal or half the map to continue the process again. The first team to score 16 times wins. This would definitely make for some exciting gameplay at the championships.

As I said, I will be covering the event live from Los Angeles, giving you all the match results as well as in-depth coverage and cool interviews and pictures. So you can stay tuned here and follow me on twitter. For those who wish to watch the games, MLG has an entire channel devoted to the event. You can watch the matches there.