Home Gaming How to train like a pro for CS:GO

Yesterday a fairly well known competitive gamer by the name of Sakkie “RandomHero” Basson posted an advert of sorts in the CS:GO South Africa Facebook group. In this advertisement he appealed to the community looking for a CS:GO team to join in order to play in the Do Gaming Championships later this year. The Facebook group receives several of these a week, but with RandomHero’s post sparked a new kind of interest. This guy is about as pro as you can get, and he’s sharing some of his practice tips.

RandomHero has played at a premier level for almost every single competitive title in South Africa. From Warcraft III’s Dota to Call of Duty, and finally ending up in Counter-Strike. On his steam profile he has somewhat of a resume, stating exactly what he’s been up over the past few years.

A few of the teams may ring a bell to the more ancient of us, but his impressive resume wasn’t what sparked conversation amongst the community. What impressed most people was the amount of time RandomHero put into CS:GO.

In the last two weeks RandomHero clocked 193 hours, which is roughly 13 hours a day. Granted some of that is time spend idle with CS:GO open, but RandomHero admitted that he has been putting in roughly 10 hours of practice a day. Professional players put in about the same amount of time each day, but they’re spending most of that time playing against other professional teams, competitive tournaments each night and the works. So the question was, what exactly does RandomHero do for 10 hours a day on CS:GO, to answer that is the man himself with his own personal practice guide.

“This routine I tailored from researching practice setups from multiple pro CS players. I believe this is the fastest way for new/intermediate players who want to improve their aim, but some pro players can take from this as well and use it in their warm-up routine.”

We will be going over practicing:

We will be using community workshop maps; you can access them by following the links and subscribing to the map. In CS:GO you can start a workshop map by going offline with bots / find a game and selecting the workshop tab. 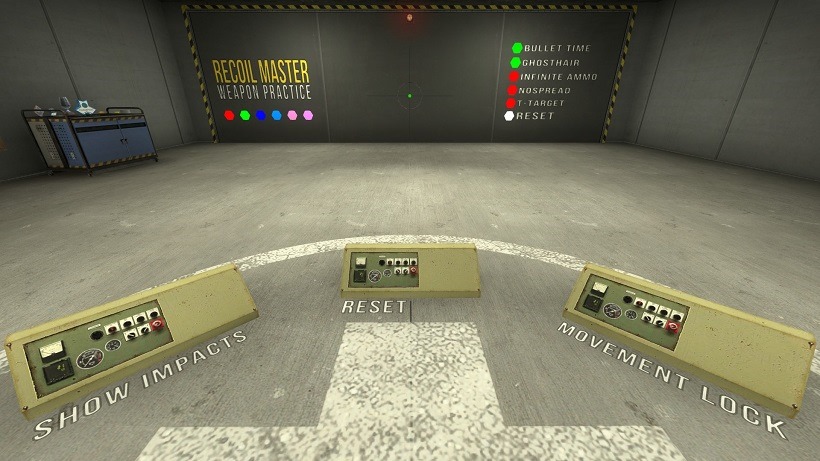 This map is more for new players and on here you can see the various spray patterns for the guns. This also gives you an extremely easy method of following along and burning it in to your muscle memory. After I follow the tutorial spray, I like to turn around at a wall to make sure I absorbed what I just learnt, If not I’ll start over and do it again. 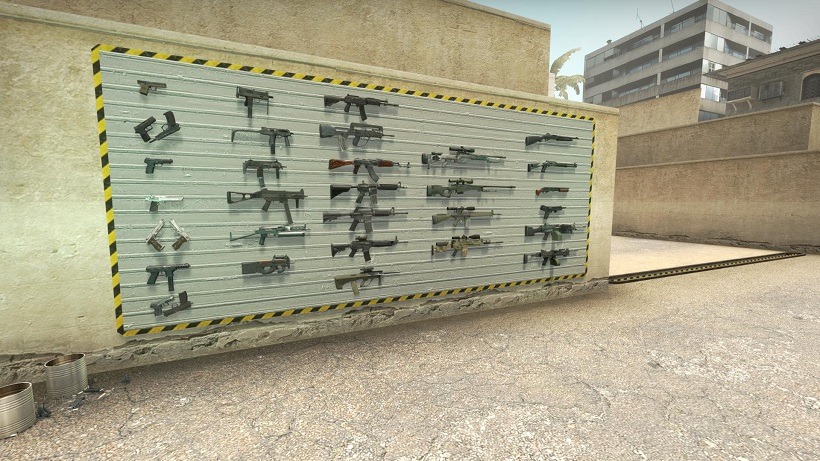 Start with the following settings: 8 bots, bots don’t shoot, armor, infinite ammo, and bots spawn everywhere (up and down arrow). I usually go for about 1000~ bots kills – or going on further if I feel like I’m lacking in a certain area. On this map I practice my rifling, pistols, head-snapping, head-tracking and spray aim.

With head-snapping I flick from bot to bot while head tapping, this practices your flick aim/multi-target aim and the idea here is when you miss to move on to the next target and just keep going until you can do it smoothly.

With head-tracking/pistol training I take a Five-Seven (pistol) and get real close and for a bit (there are always some moving bots) I just follow my cursor around on their head just to practice following moving targets, then I start running while shooting and tracking their heads. The pistols have high run accuracy and you get used to tracking heads and adjusting your cursor while you are on the move.

With Spray aim I set ammo on sv_infinite_ammo 2 (via the console) and then I simply spray bots and use the muscle memory from Recoil Master and try and adapt it to a real scenario. This mostly involves me spraying one bot and moving to another and another. 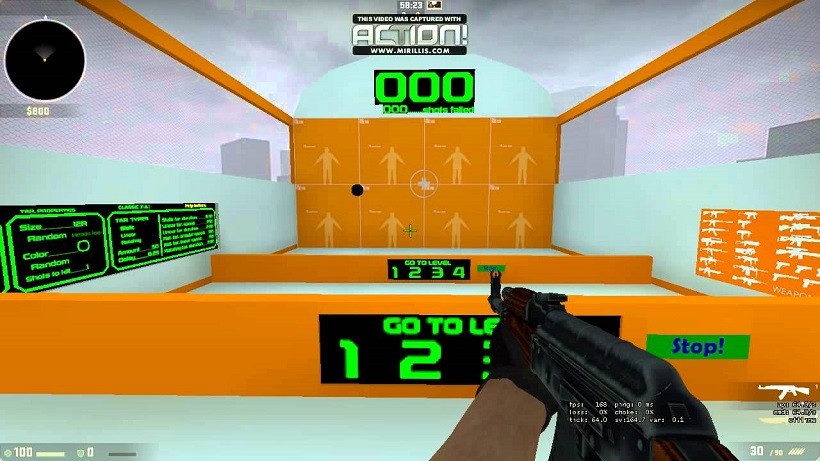 The third map I go to has two great benefits: it practices your flicking aim, but most importantly gives you confidence in your aim. If you ever swap sensitivity I also suggest spending some time on this map just to get used to it. There’s a ton of settings you can set on this map and play around with but I mostly only use the “classic fast aim” training setting – with size: 8, amount: 50, delay: 0.25, Static tar. duration: 0.50. Try and use what settings you’re comfortable with, if you’re finding it hard to hit targets I suggest rather increasing the size than changing other options.

With those settings I go by each level 1, 2, 3, 4 and shoot 50 and start over and do it once more. I take note of how many I got and on the successive days of practice, I always try to increase my “score” from the previous day. 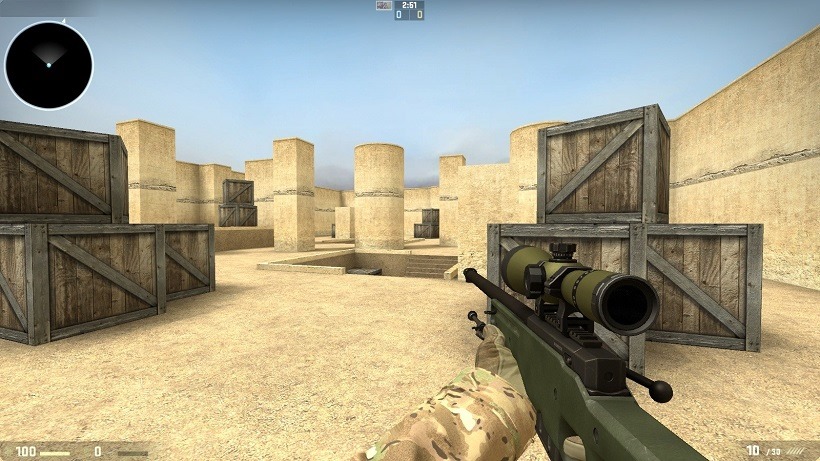 This last section is primarily for aspiring AWP players or AWP players who want to warmup before a match. This map requires some setup, the commands I set it up with after starting it are:

I usually play around 3 rounds of the Death Match (10mins each).

On the first round I practice crosshair placement, which consists of me looking unscoped at a target, scoping in to make sure my crosshair is on him and shooting.

AWP TIP: Many new awpers might not know that you can predict 100% where  you are going to shoot before zooming in. This is called awp crosshair placement and comes from practice and knowing your view model, once you practice this enough you will be able to look unscoped anywhere on the map and know exactly where your cursor will be once you zoom in.

On the second round I practice peeking corners – I will find a box and camp there and just strafe out of it and take quick picks and strafe back in.

AWP TIP 2: Another thing players might have missed is the awp scoped in movement change. This makes peeking corners extremely slow and dangerous while scoped in, which is where good crosshair placement comes in to play. I like to peek my corners unscoped and scope in as soon as I come around the corner. With enough practice it becomes smooth and about as fast as before.

On the third round, which is also what I do on warmup is simply just have fun and kill bots. I like to practice just flicking wildly and running around strafe / bunny hopping and then going for kills. All in all I hope this helps out some newer players and dedicated trainers will see a drastic increase in their aim and confidence in their aim in a short amount of time.