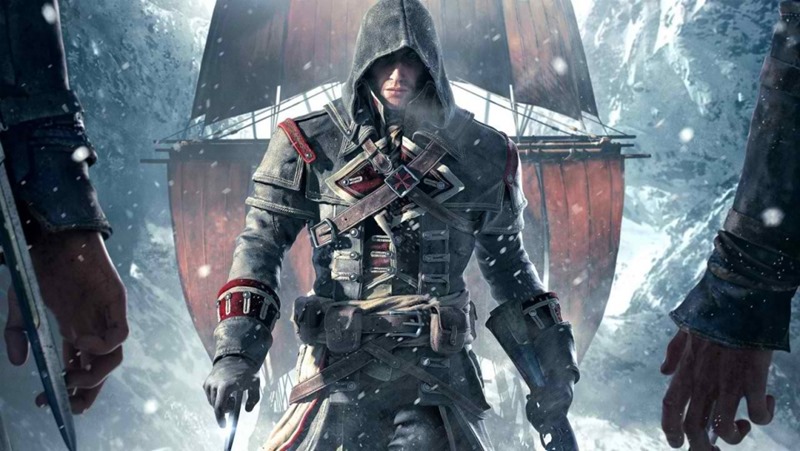 Assassin’s Creed: Unity is a new start for the franchise when it releases later this year. It’s a PC and new-gen only game, with new visuals and gameplay ideas. But that doesn’t mean that the older generation of consoles will be left out this year, as the series takes one final stab on a pair of platforms that helped shape it. And this time, the game has lived long enough to see itself become the villain.

If there’s one positive to Assassin’s Creed 3’s dismal hero and all around lacklustre setting, it’s that the game still managed to spin out some great characters and ideas. Sailing is back once again in Assassin’s Creed: Rogue, taking the elements of what made it fun in Assassin’s Creed 4: Black Flag and adding a Templar spin to it, while various other characters of the Assassin’s Creed 3 era pop up to either aid or hamper the efforts of Assassin-hunter Shay Patrick Cormac as he fights his way through the Seven Years War.

I’ve always dug the storyline of Assassins vs Templars, but like the fence-sitting bastard that I am, I also enjoy hearing both sides of the story. If that’ll be permitted of course. And in Cormac, I see a character that could help give the series what it really needs, a singular villain to the Assassin order who happens to be a very real and dangerous threat to any member.

Shame that he’s only being used for one game then. Assassin’s Creed Rogue is out on November 11 for Xbox 360 and PlayStation 3.