Home Gaming I want to see these Star Wars figures in Disney Infinity 3.0 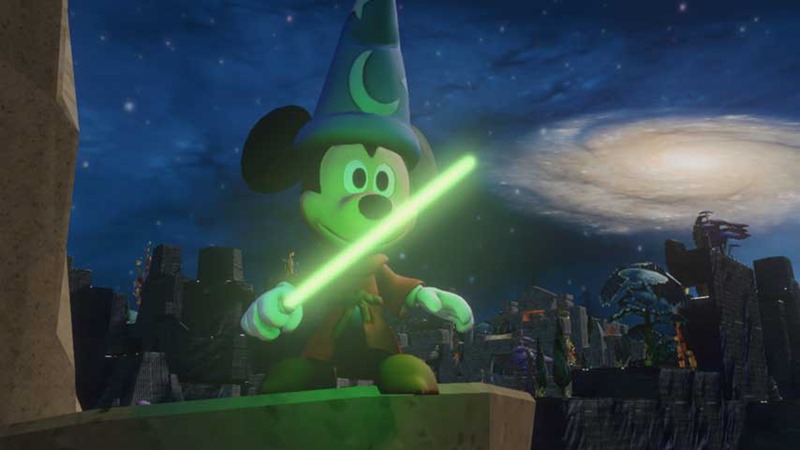 I think by now that Disney Infinity has proven itself to be a valid contender in the toys to life genre. Disney Infinity is essentially a license to print money, and that’s thanks to some strong merchandising from the house of mouse. Last year, the franchise introduced capes and cowls to the universe in Disney Infinity 2.0. And you just know that a Disney Infinity 3.0 is on the way. And of course, they’re going to license the Force for the next installment. I’d bet my Jedi bathrobe on it! So I’m taking the pre-emptive route, and detailing which characters I’d like to see in that game. 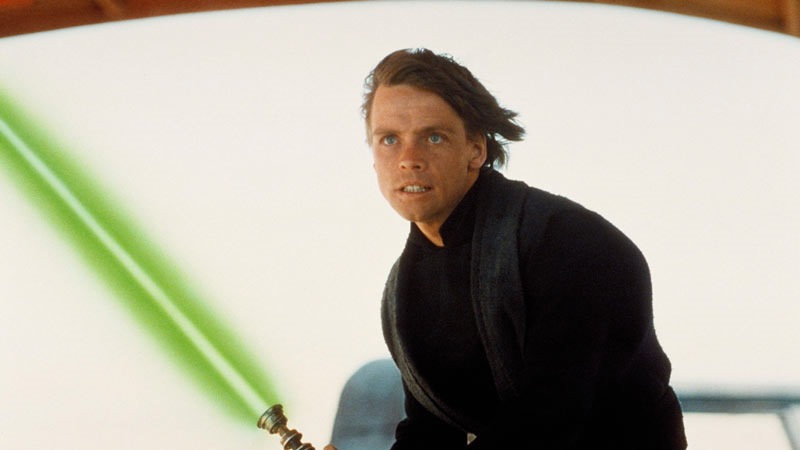 Go big or go home. Luke Skywalker was for many of us, the OJ. The Original Jedi. He’s the guy most of us associate with the franchise, a humble farmboy who grew up to be not only the face of the Rebel Alliance, but one of the most powerful Force users in the galaxy. A ton of power, inside a few inches of plastic. I’d dig to add that figure to my collection. Plus the nerds would revolt if you left him out of the game. 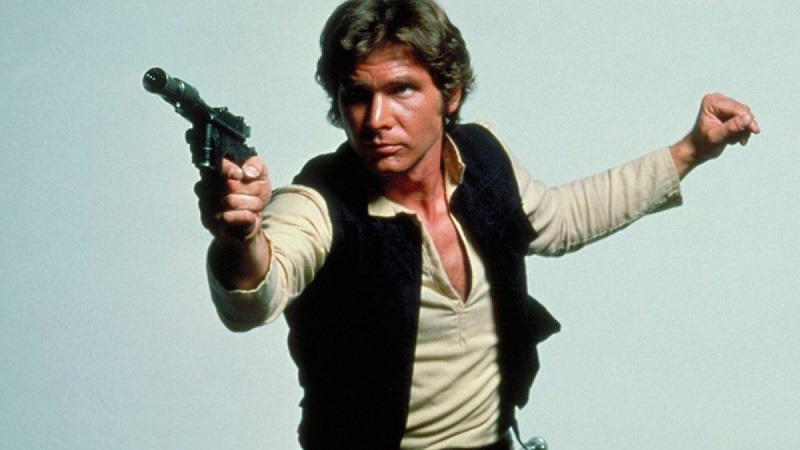 Thing is, Skywalker may have had the Force, but Han Solo had the swagger. He was dashing, a rogue with a quick wit and an even quicker trigger finger. He’s also the human face of the franchise, a rocksteady voice of reason in a galaxy that was plunged into chaos. And I would kill Geoff for a chance to throw down as Solo in the game.

One day I’ll have a cinnamon bun hairstyle like Leia Organa. One day. A kickass character, adept with a blaster, diplomacy and the Force. Leia is essentially Luke and Han in one character. And the boss. Don’t forget that. Don’t ever forget that. 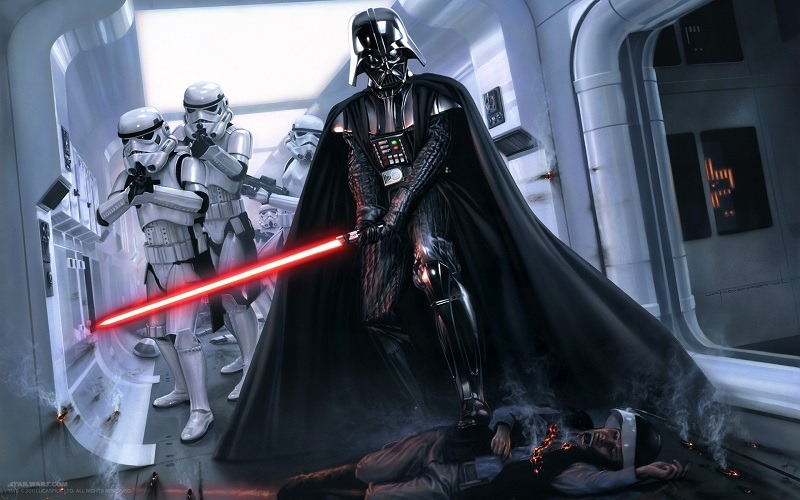 Oh man, I have such ideas for this figure. A Sith Lord, red lightsaber in hand and choking a mouthy admiral in the other. I just want to plop a Darth Vader figure into the base, and hear that signature breathing. I think I could die happy if this was made real. I’d put easy money on this being the most popular figure in the line-up. Darth Vader: Making Asthama scary since 1977. 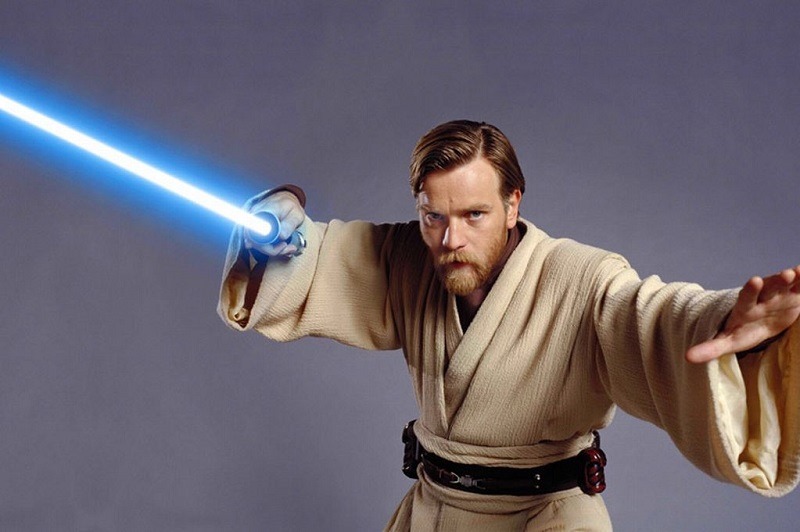 You know, as long as it isn’t the mullet version from Star Wars Episode 2: Attack Of The Clones, I’d be happy with any Kenobi figure produced. Wise, powerful and kickass. Plus it’d be cool to own a Ewan McGregor figure so that I can re-enact a very weird version of Star Wars Trainspotting, using the in-game editor.

So true story: I rag on Star Wars: Attack Of The Clones, but I still dig the film. And that’s thanks to the fact that I went to go see it, completely blind of any promotional materials. 2002 was a scary time kids. So for years, I’d been used to seeing Yoda as this frail old sage, a teacher of the Force, whose glory days were behind him. And then he sprung into action in the film, in an amazing duel with Count Dooku. My jaw was on the floor. As were several people having seizures from all the flashing red and green colours.  If I can get that Yoda in Disney Infinity 3.0, the game will have sold me. Completely. 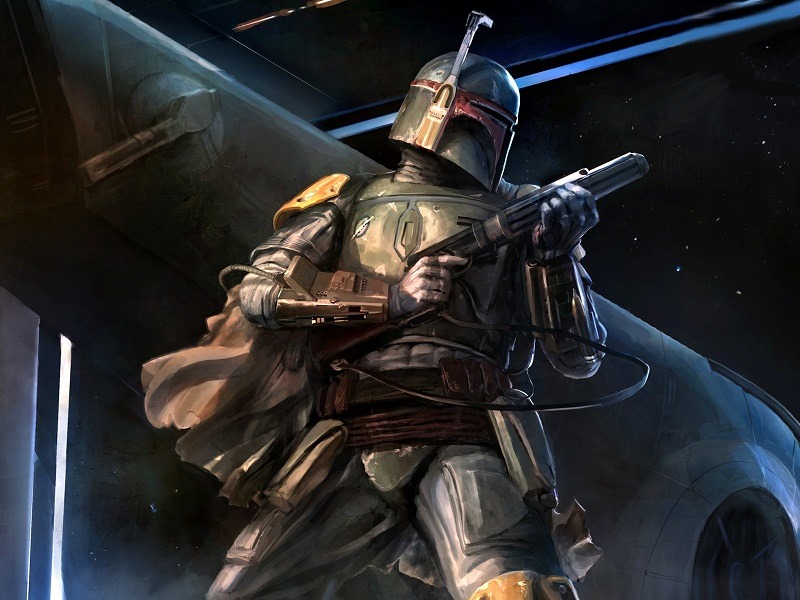 But I’m not just a fan of Jedi and Sith. Heck, when I played any Star Wars game that allowed it, I always went for the bounty hunter. Specifically, Boba Fett, the best of the best. In a galaxy filled with all kinds of threats and obstacles, this guy is the biggest badass around. He’s escaped the Sarlacc pit. He wears Wookie scalps, taken from killing the hairy Kashykk natives in battles. He’s the guy that Darth Vader calls upon to get a dirty job done right the first time. Plus he has a jetpack. That’s instant-cool in my book. 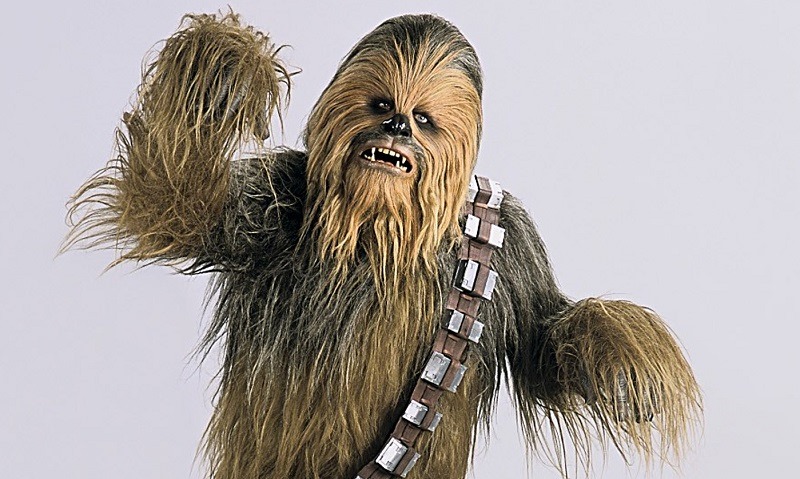 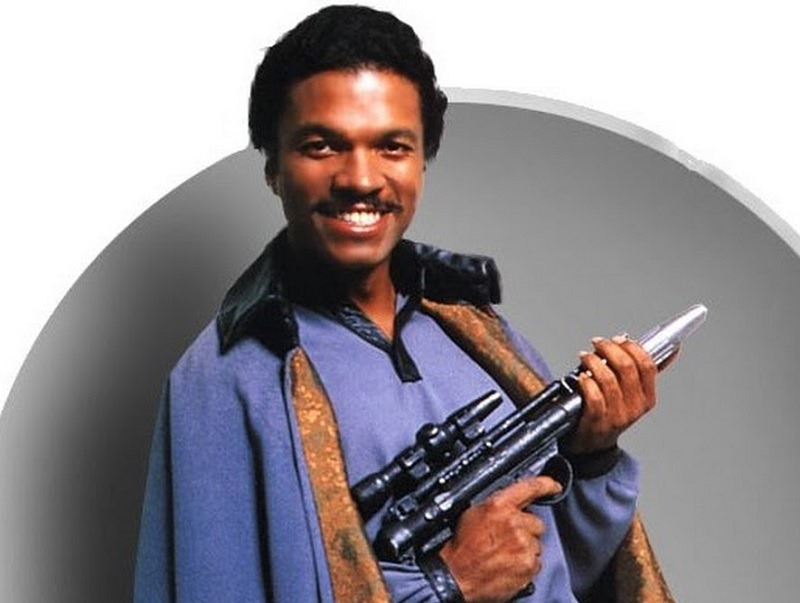 Lando Calrissian is the epitomy of cool. He’s smooth, he’s sauve and debonair. He’s the only man in an entire galaxy who makes capes look cool. And his figure will most likely romance my Chun-Li and Sakura figures, when left alone. 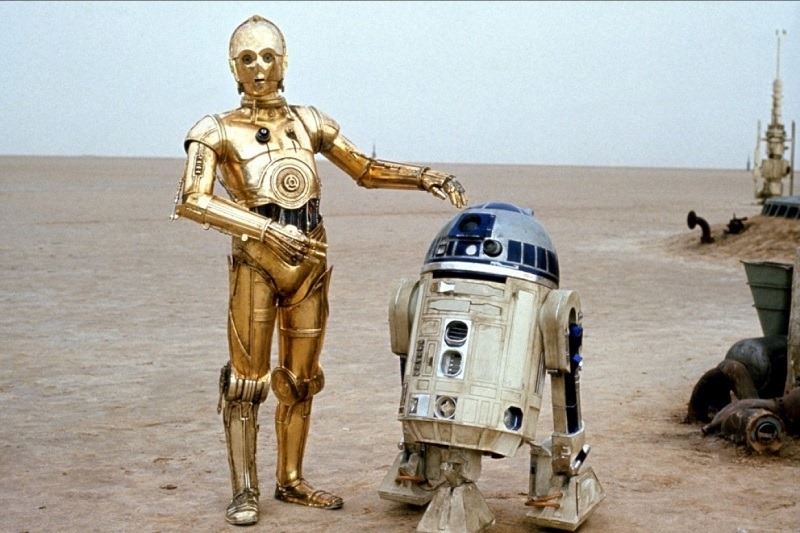 I’ll be honest, and admit that I only want one half of the duo here: R2D2. That little astromech droid kicks all kinds of ass, while C3PO hangs around like an annoying aunt who judges his every move. Keep C3PO as a protocol power-disc, and I’d be sorted. Plus, how rad would a little R2D2 Disney infinity figure look? 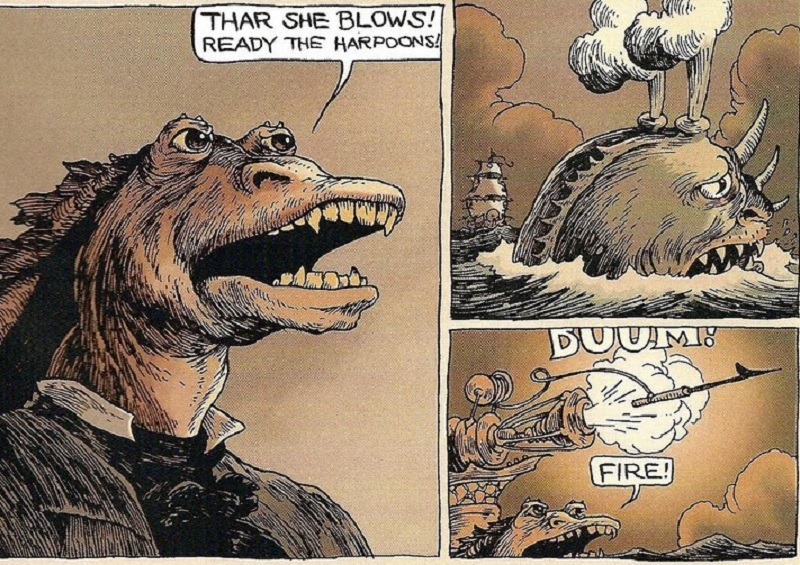 I don’t think words alone can describe just how much I hate Jar Jar Binks. But his father, George R Binks? The badass hunter of the Naboo seas? He deserves a figure of his own, just so that he can atone for the sins of his son. 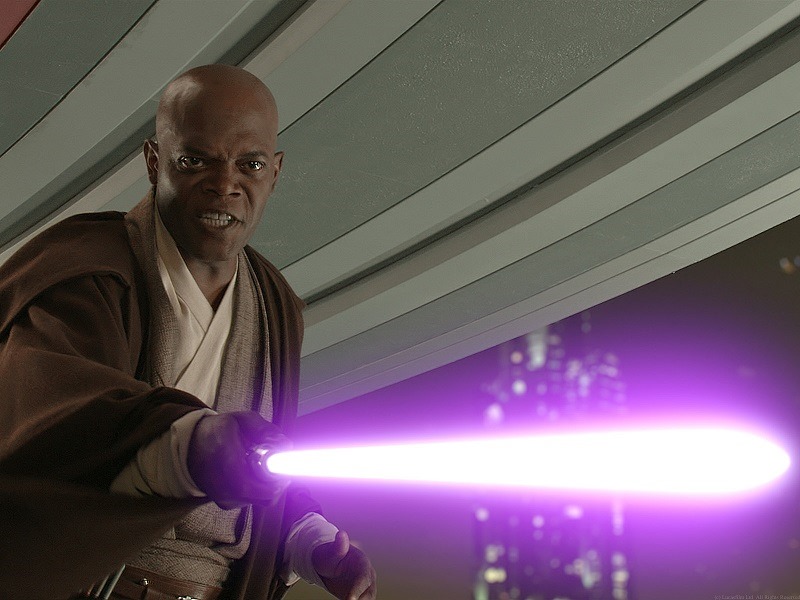 I already have one Samuel L Jackson Disney Infinity figure, in the form of Nick Fury. If I had two, I’d most likely split my PlayStation in half due to so much coolness interacting at the same time. 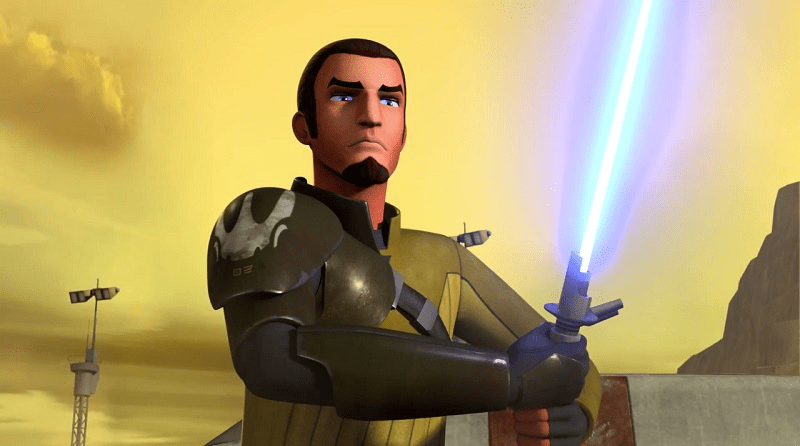 In case you haven’t heard yet, there’s a new Star Wars cartoon on the air. And Star Wars Rebels is really, really damn good. It’s fun, moody and set in a darker universe where the Empire is in control. It also features the kind of Jedi I’ve been wanting to see in the series for a while, in the form of Kanan Jarrus. Strong with the Force, Jarrus is also the kind of Jedi who isn’t afraid to get his hands dirty and carries a blaster into battle. He’s a Jedi Knight who has realised a need to adapt or die. And you can bet that Disney would want to market Rebels with a cool authority figure such as this cowboy Jedi. 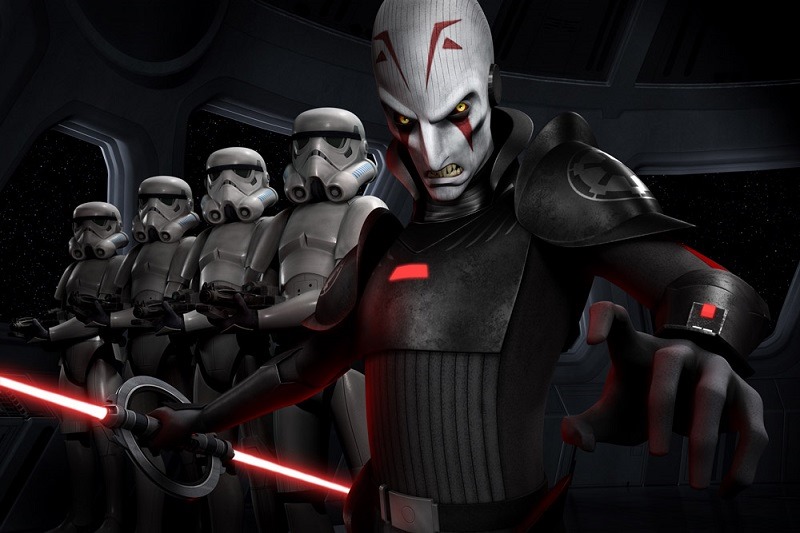 Another character from Rebels, the Inquisitor also represents an evolved form of the Empire. While Vader is the Emperor’s fist, the Inquisitor is the scalpel, an opposing dark side user skilled enough in the Force to represent a credible and final threat to any Jedi who escaped Order 66. Seeing as how Disney Infinity 2.0 gave several villains their own figures, I’d love for this Jason Isaacs voiced character to get his own piece of plastic in the spotlight. 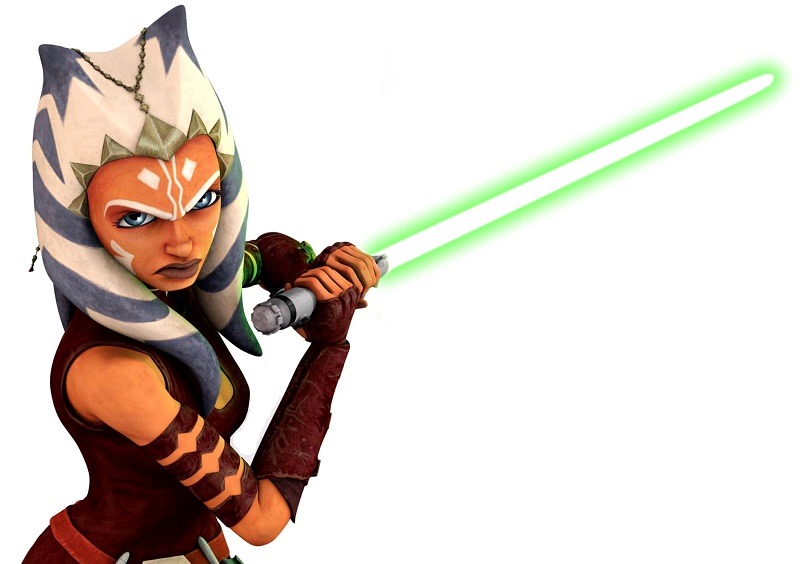 One of the few good things to come out of the prequel series of Star Wars films, had to be the Clone Wars TV series. It ran for several seasons, as it detailed the devastating Clone Wars and the fall of the Jedi. But through all of those episodes, one young Padawan and eventual Jedi Knight shone through. I loved the character of Ahsoka Tano, who grew from a plucky apprentice into a fully capable knight who could stand equally with any Jedi Master. And she’s one of the more deserving candidates on this list. 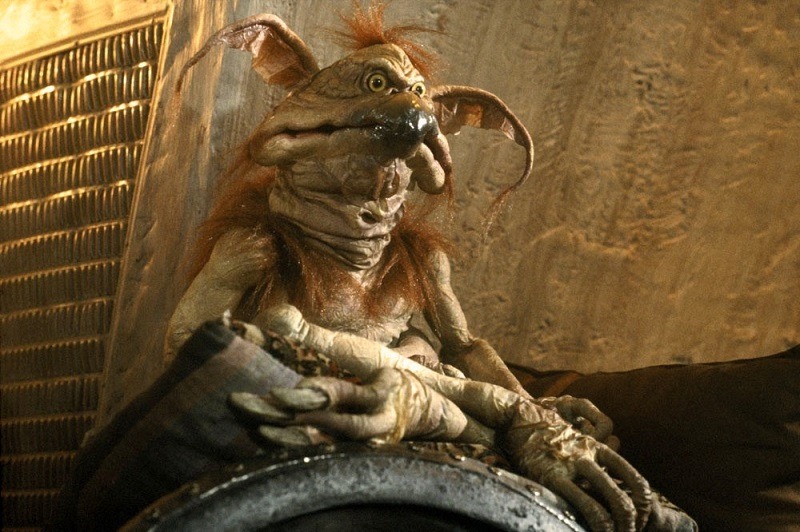 I’ve got to lay off the damn death sticks.