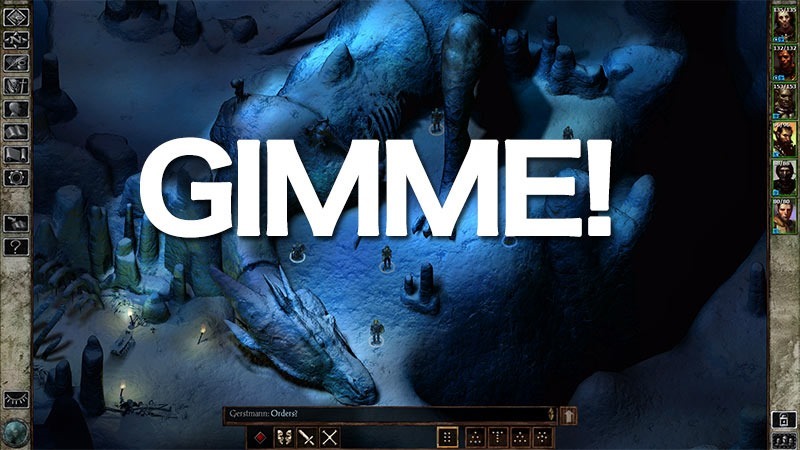 I have had it up to my eyeballs with the deluge of remastered and remade games this generation. Mostly, it has to be said, because they’re largely all games that were only released in the last generation, and for most of us are still rather fresh in our memories. Yes, I understand that I’m not the target market for these remakes, but they still seem a little overbearing in their profusion. If remakes and remasters have to happen, I’d prefer they were of games from an age past.

And will you look at that? One of the myriad of Dungeons and Dragons-based RPG from Black Isle Studios, Icewind Dale, is one of my very favourite RPG’s of forever. And it’s getting a remaster, similar to the one that saw Baldur’s Gate get gussied up for a new audience.

Yes, Icewind Dale is getting an enhanced edition, that will soon grace PC, Mac, iPad, iPhone, and Android tablets and phones.

Yup, it includes all of the expansions, as well as a ton of cut content. It’ll also allow you to play the game co-operatively, cross platform. The game will also feature no DRM (when purchased from developer Beamdog directly), which should make some people quite happy. Find out everything you need to know at the official site.

No release date as yet, but the game is in beta, with a release expected soon.