Home Gaming If you die in Upsilon Circuit, you can never play again 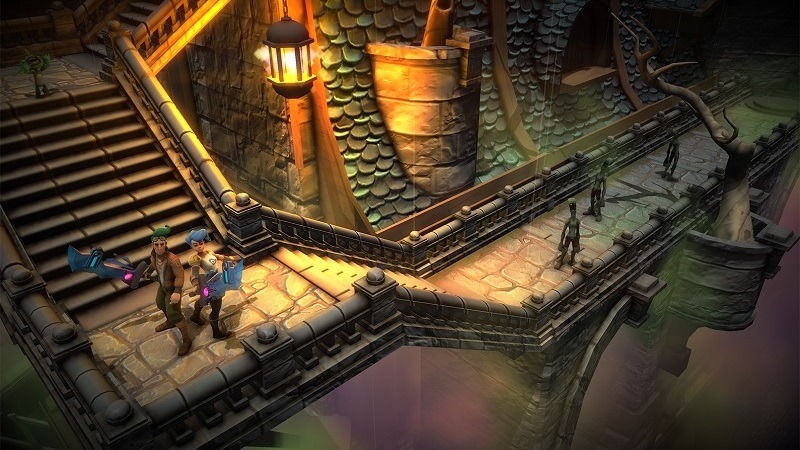 Permadeath is a fickle mechanic in a lot of games that attempt to use it as a form of ultimate punishment to the player. Some games absolutely nail it, forcing you to face your failure or decisions in a particular situation with the prospect of losing a character forever, be it your own or a friendly AI. Upsilon Circuit, a new online RPG, embraces this mechanic – and then kicks it up to a ridiculous level.

But before any of that, just what is Upsilon Circuit? It’s an online RPG that pits two teams of four players against each other, as they battle their way through dungeons filled with monsters, loot and tons of options. Looking at the surface, it’s a traditional dungeon crawler RPG with some fantasy elements thrown into the mix. But that’s not even close to what makes the game standout.

What’s unique, and risky, about the entire title is that Upsilon Circuit will only have one server and eight people playing at any given time. The catch comes in with lives – once you die in the game, you’re out of it. Not for a few minutes, not until you get another turn. Once you die, you can never play Upsilon Circuit again, but you can still contribute to the trials and tribulations of players who take over.

As much as the game depends on players actions within the dungeon, it’s the audience driven dungeon masters who essentially control the flow. Think of Twitch Plays Anything actually being incorporated into a game, and you’ll get a sense of what Upsilon Circuit is trying to do. Audience members are in full control of players’ skill trees, EXP distribution and the loot they’ll have access to. So it could essentially work in various different ways. The crowd could buff up players who they enjoy watching so that they can continue for longer, and cripple those who they find boring.

Pair that with a dynamic that forces players to be extremely cautious with every move they make, and you’ve got a really interesting recipe for a game. Tip toeing around every corner might seem safe, but it probably won’t win the hearts of the audience. Going all Rambo through every door could drastically reduce your life expectancy in the game, but the risk will probably win you godly favour. It’s a keen balancing act that I’m at least interested to see in action.

However, the game is still in development and without a launch window as of yet.