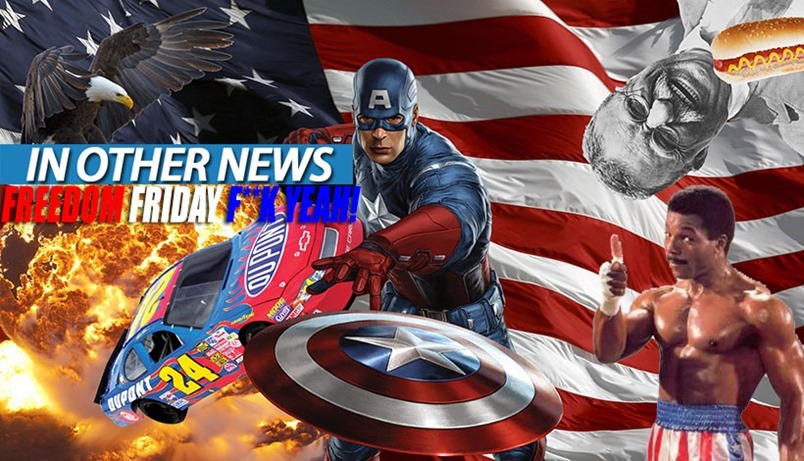 AMERICA! HELL YEAH! I’m kinda envious of our American pals who are getting ready for their Fourth of July independence celebrations. Patriotism, hot dogs and fireworks combine to form the Transformer of kickass celebrations, Americon Prime.

It’s the kind of pride that we don’t have for our own country, and I can’t blame people for feeling that way, what with the fact that our President is more corrupted than a Windows ME disc left out in the sun too long, massive grafting in our government and a severe lack of hot dog culture.

So go on America, have yourselves a merry Independence Day weekend, while I stew in my jealousy. Also, keep your eyes on the skies for any of those pesky aliens and their hubcap city-sized spaceships.

In Other News:  Attack on 3DS, maybe Rage wasn’t such a bad game after all, Gearbox gets some Elder Scrolls talent and bros before clothes.

Here’s the news that we didn’t post today, because we were too busy celebrating FREEDOM!

Keiji Inafune: video gaming’s harshest critic
The rarest Amiibo of them all
What does it take to run Arkham Knight smoothly on PC?
Rage was actually pretty damn good