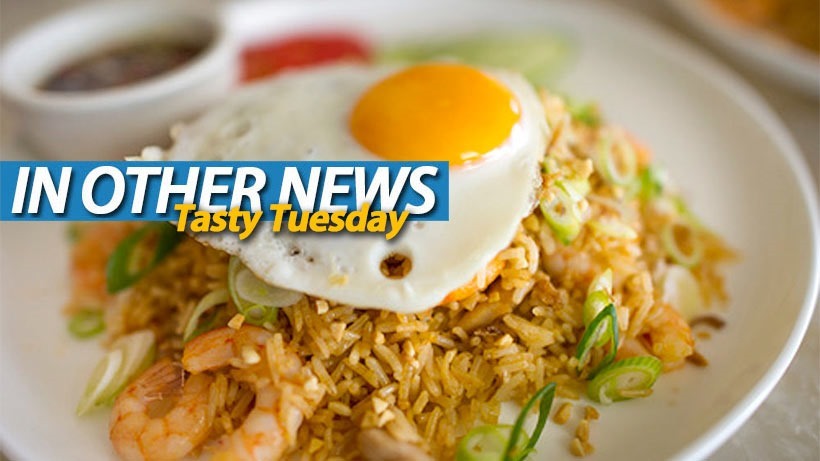 I have previously explained my love of Asian food – and not just the southern, Cantonese food I grew up with. There’s something enticing about the wonderful balance of flavour you’ll find in Asian cuisine and it’s something that’s perfectly encapsulated in Indonesia’s national dish.

Nasi Goreng, unimaginatively, translated directly to “fried rice,” but manages to transcend its simple ingredients to become a taste explosion. It’s more than just fried rice, and more especially than the greasy day-old slop you’d get from just about any Chinese restaurant, or worse still, those awful take out joints. The combination of shallots, garlic, tamarind, chilli and sweet Indonesian soya – ketjap manis – with prawns and chicken and accompanied, usually, with a fried egg is the perfect gastronomic synergy, where the whole truly is more than the sum of its parts.

In Other News – GTA modders mod themselves out of GTA, Funcom’s for sale, 100 000 people have tried to find out Her Story and you can join the robot revolution in Rising Thunder.

Sweet Minecraft PC, guy
The Soulful machinery of Armored Core
A game about begging for your life
Broken Sword and 25 years of Revolution

What’s on @The Movies