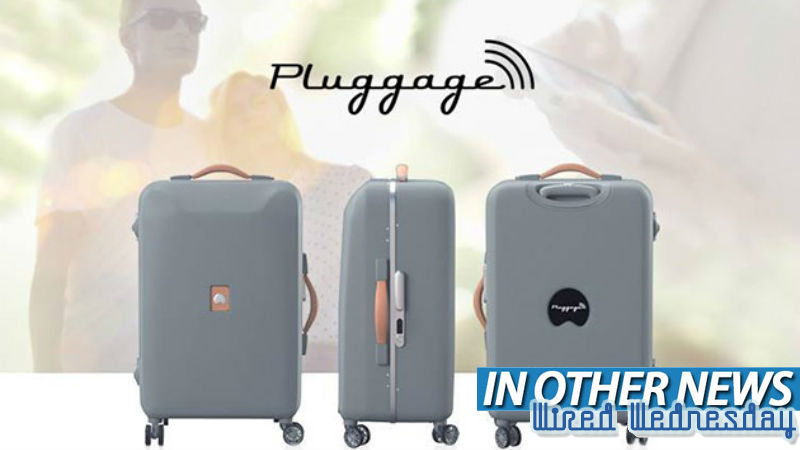 It’s time for your weekly dose of “what is Zoe doing other than playing games?” Right, you guys care, right? Well, too bad! I’ve been watching lots of Doctor Who. In fact, I’m going through the seasons so quickly, I’m starting to wonder what I’ll watch afterwards – anyone recommend Torchwood?

Normally I don’t comment on the Wired Wednesday tech because I think it speaks for itself, but I have to explain my love of Pluggage. It’s smart luggage revealed at CES that will weigh itself, recharge your phone if you can’t find a plug in the airport, and will let you know if it’s on or off the plane. I know it’s stupid tech and we don’t really need “connected luggage”, but I totally want it.

In Other News: Popsicle sucking is hypnotic, dates and more dates, and review scores are overrated.

Here’s the news we didn’t post because we were too busy welcoming Darryn to 2010.

Everything Wrong With National Treasure Book Of Secrets

This new trailer for Fifty Shades Of Grey doesn’t do romance
We Review Taken 3 – The third time is definitely not the charm
Trailer Breakdown  – Avengers: Age Of Ultron…again
Midweek Mouth-Off – Your thoughts on the Golden Globes
This trailer for Unfriended knows what you did last summer
John Carpenter on board for Escape From New York remake
First trailer for Spy is all action and accidents
SA’s Weekend top 10 – 9-11 January