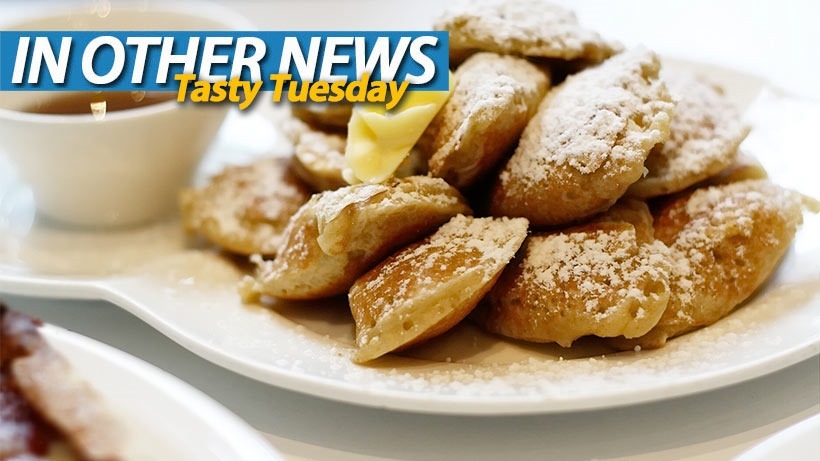 I don’t usually go in for sweet treats, and it’s not very often that I’m compelled enough to write about them here – but I’m feeling like I need something sweet to counteract my usual acerbic demeanour. Here then is one of my favourite desserts to eat – Poffertjes.

They’re a Dutch sort of mini-pancake, usually eaten in the summertime, sprinkled with powdered sugar and eaten with butter, because heart attacks are awesome. They’re traditionally made with buckwheat flour and the diving little morsels are usually puffier and spongier than other sorts of pancakes, and are especially decadent eaten with cream, and a bit of syrup, honey or even jam.

Here’s the news we didn’t post, because you probably thought this song was about you.

The Chinese Room: A look behind Britain’s boldest studio
Final Fantasy VII cosplay, take a bow (or a gun)
It sucks that The Witcher 3 isn’t getting better mod tools