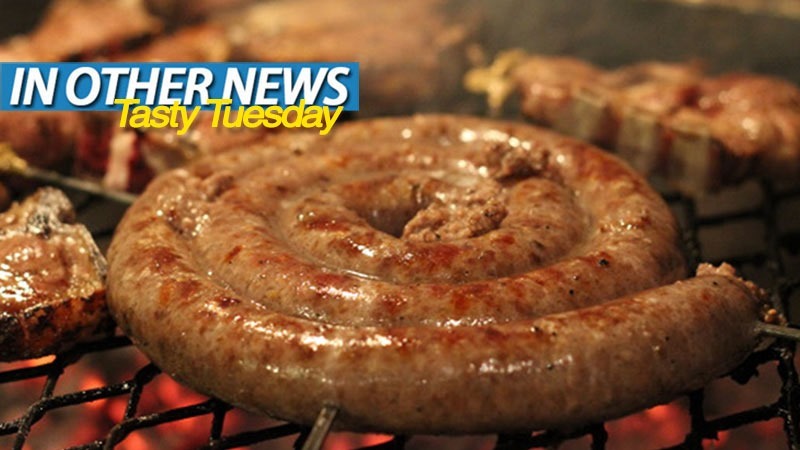 Tomorrow is national Heritage day, which actually started its life out as a Kwa-Zulu Natal holiday focused on King Shaka. It’s now been appropriated, in the spirit of unity, as National Braai. I’m certain that it was somehow mandated by South Africa’s meat industry, but I digress; who doesn’t love a braai..except for those pale waifish vegans, of course.

In the spirit of Braai day…and because I like sitting around a fire drinking beer, I’ll be spending much of tomorrow flipping steaks, lamb chops, pork rashers and ‘n klein bietjie wors (what? I’m Asian!) on a nicely heated grill. If I can find ‘em, I’ll be grabbing a few skilpadjies too; minced up lamb’s liver parcels wrapped in the caul fat. They’re just fantastic on a braai. The stuff will drive your cholesterol through the roof and may lead to a heart attack, but by god it’s delicious.

What’s your favourite bit of stuff to throw on a braai?

In Other News: The Xbox One gets a new lerease date in China, Destiny player hits level and virginity cap, Nintendo turns..like, a billion and free jungles if you’re humble.

Here’s the news we didn’t post because we need to cc’s of Epinephrine, stat!

Xbox One receives new China launch date
The Stomping Land developer is back with updates; still not available on Steam
Xbox One Now Cheaper Than PS4 in UK
Someone has reached level 30 in Destiny
Nintendo celebrates 125th birthday today
Kickstarter updates terms of use to make it safer for backers
Fruit Ninja getting overhauled; huge update coming
Steam has over 100 million active accounts, added 1,300 new games in the past nine months

Lords of the Fallen Gameplay Footage