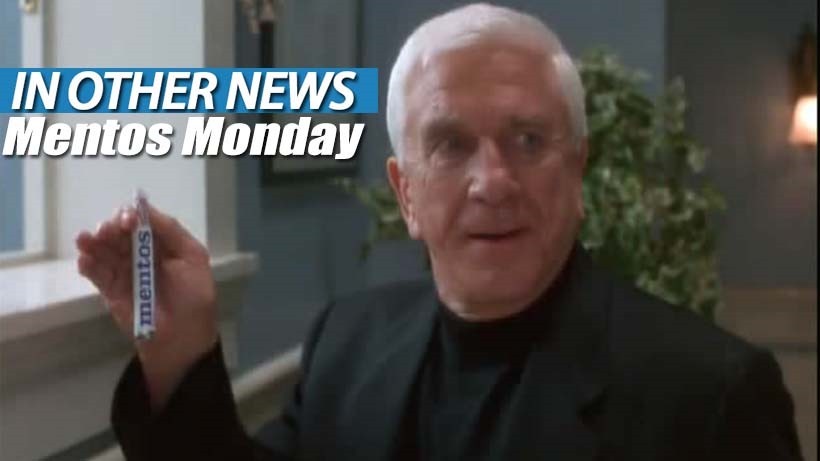 Believe it or not, but my husky frame isn’t powered by a lot of sweets. Still, if there’s one sugary pill that I particularly enjoy by the crate-load, it’s Mentos. Holy crap, I can down a roll of those like Tim Curry can chew scenery. I’m rather fond of the sour Mentos as well lately.

In case you were wondering, this post hasn’t been sponsored by the brand. But if there is somebody working there right now who is reading this, it might interest you to know that I’d easily sell out for a roll of the suff. Or even a half-roll of Rainbow Mentos.

In Other News: DriveClub gets la Ferrari, Rory McIlroy is on top, Nintendo might be AMD bro and the winner of EVO 2015 did so with a broken freakin’ stick!

Here’s the news that we didn’t post today, because we were too busy seeing if we could sell out for a half-eaten Steers Wacky Wednesday burger. From last week.

Of course a MARVEL PHASE 2 Blu-Ray collection is on the way!
Monday Box Office Report- Damn ants!
X-MEN APOCALYPSE producer talks Comic-Con leaks
Here’s the first English-subbed trailer for the ATTACK ON TITAN movie!
This first trailer for THE REVENANT is not afraid to die any more