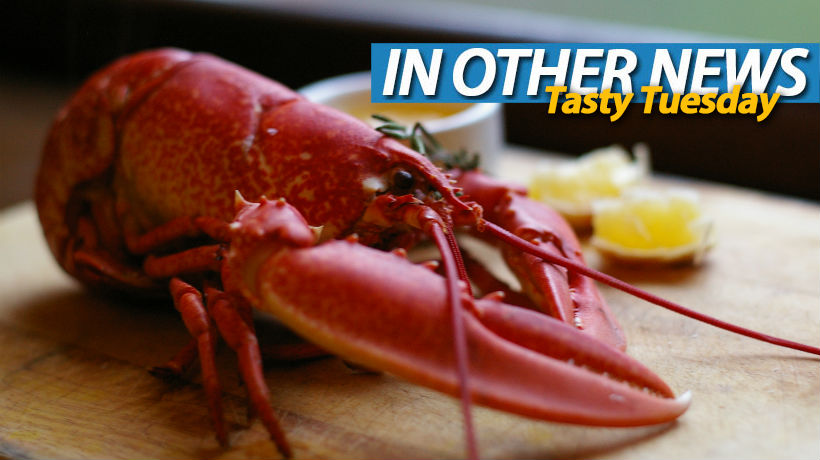 Geoff is gone, gone I tell you! Which means I get to wax lyrical about one of my favorite foods – lobster. Don’t give me any of that lobster thermidor or what have you, it’s all about having the clean pure taste of steamed or boiled lobster, served with some lemon and melted butter. That succulent, rich taste of the sea delivered in the smooth texture of lobster; it’s no wonder I could easily eat eight pounds of the stuff and still be ready for more.

In other other news, we were informed that our beloved Admiral Chief Erwin was in a bike accident. Here’re our seven virtual hugs and hopes for a speedy recovery.

In Other News: Is that a rocket in your pocket or are you just happy to give a new map? Fahlout Fawr was planned before Skyrim and must include clam chowder, game dev haven’t been paid and videos to ruin your childhood.

Here’s the news we didn’t post today because we were too busy sending Sandy to Germany via Beijing.