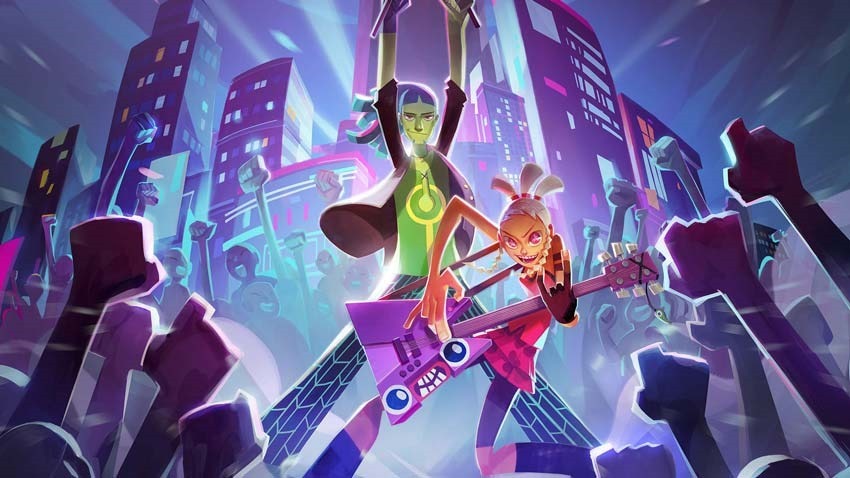 You ever see a video game pop up onto your timeline and you wonder just how the heck it managed to fly under your radar? No Straight Roads is one of those games for me, an indie rock adventure featuring a duo of musicians taking the good fight to the scourge of rock ‘n roll: Electronic Dance Music. It looks funky, it sounds even better and the pairing of Mayday and Zuke looks like the best combination of attitude and talent you could ask for in a world gone mad under the constant tension of waiting for the bass to drop.

Developed by Metronomik and headed up by Final Fantasy XV lead game designer Wan Hazmer over the last three years, No Straight Roads was due for release today actually. That’s not happening, thanks to the massive dick-punching bastard that is the Coronavirus pandemic, with Metronomik announcing last month that the game would be delayed (Cheers Eurogamer).

This week, Metronomik took to the airwaves to lay down some fresh new release date sessions: August 25, for Nintendo Switch, PC, PS4, and Xbox One. In case you’ve also missed out on the game amidst the hundreds of other titles that have hogged the release date playlist, here’s a quick reminder of what No Straight Roads is all about:

Start a rock band & end the EDM empire in No Straight Roads, a rockin’ action-adventure from the minds of Wan Hazmer (Final Fantasy XV) and Daim Dziauddin (Street Fighter V). Explore Vinyl City & fight musical megastars on your journey to defeat oppressive EDM empire ‘NSR’, in an action-packed adventure that mashes together rhythm-infused third-person combat with a kick-ass soundtrack!

If you can’t wait that long, gooder news: There’s now a demo for No Straight Roads on The Epic Games Store, in case you feel like kicking some elitist DJs right in the bass.