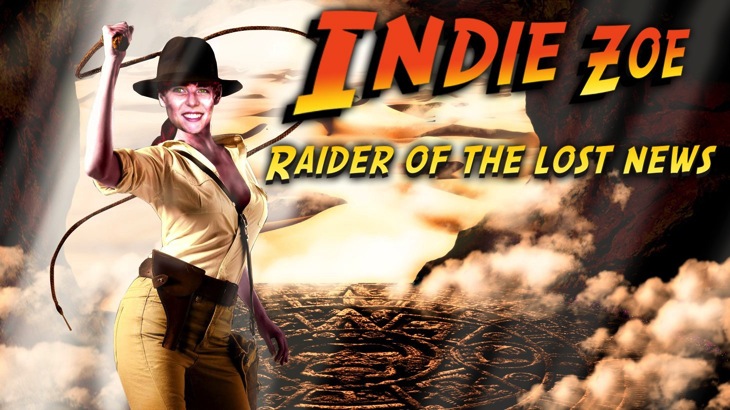 Can you believe it? Another week nearly over – and it’s the last Indie Zoe of February. That’s right people, we’re already almost in the third month of the year. How many games have you played so far?

First up, in cool local news, the local indie game VALA: Alpha has already gotten 50k downloads in just two weeks. Vicious Attack Llama Apocalypse (VALA) is available for free on Windows Phone and is a top-down 3d shooter. If you have a Windows Phone, go download this. For the rest of us, we’ll just have to wait for Rogue Code to bring it to other platforms. Personally, I can’t wait to survive and slaughter rabid llamas.

Mike Bithell (creator of Thomas Was Alone and the upcoming Volume) has come out with some cool comments about gender in gaming. He says that male heroes should no longer be the default, and is excited about the change in mentalities surrounding gender:

I don’t recall seeing anyone even mentioning that the Titanfall beta has female avatar options. It has zero effect on the enjoyment of the game for players who don’t care, and a massive effect for those who do. Everyone wins.

In your Humble Bundle news, a bunch of new games were added for those who pay more than the average (still less than $5). Now, in addition to getting Guacamelee!, Dust: An Elysian Tail, Giana Sisters: Twisted Dreams, The Swapper, Antichamber and Monaco: What’s Yours Is Mine, ‘big spenders’ will also pick up FEZ, Starseed Pilgrim and Beatbuddy: Tale of the Guardians. Nine games for less than five bucks? Sounds like a deal to me!

Speaking of great deals, you should probably pick up the Pancake Bundle from Indie Royale. It’s going for less than $3.50 and includes Bad Hotel, Gentlemen! and Gimbal. <?p>

This week’s prototype come from Duke of Prunes and is called The Last Galagan. You can read about it on the Make Games SA forum, or just go download it over here. What’s it about? Well, here’s the premise:

What would happen if the Galaxian defense network, optimized for stopping vast Galagan fleets, let a single Galagan yellowjacket slip through their front lines?