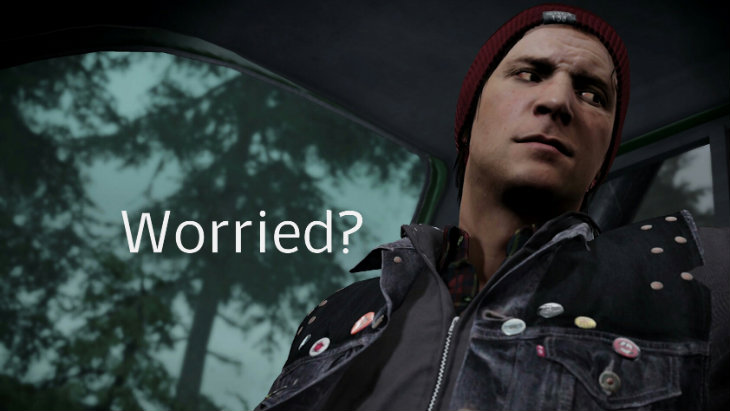 Infamous: Second Son is about to launch. That’s right, Darryn has arranged his entire long weekend around spending quality time with the game. But certain signs might be pointing to doom and gloom, like the fact the lead designer left Sucker Punch just days before the game is released.

And yes, I have left SP. Not really talking about it yet, tho.

Griesemer joined Sucker Punch from Bungie, prompting some on twitter to ask if he was returning to his former studio, or perhaps joining another independent development house that will later become an exclusive studio. He is keeping quiet on future plans at this point, but I can’t help but wonder if this isn’t a bit of a bad a sign. Most lead developers want to stay with their studios until a game is released in the wild – what would prompt someone to leave just days before the game is released.

This latest news, combined with the fact the embargo on the game is quite tight, makes me a bit worried about the overall quality of the game. I’m still excited for it – it looks awesome – but I’m just a bit concerned. Developers were upset with media last week because they claimed that listing the abilities of the protagonist was a spoiler. If they’re that worried about keeping the game under raps, are they really protecting the gamers, or are they trying to hide the fact that the game doesn’t live up to expectations? I don’t want to imagine that the game isn’t going to be awesome, but these are less than inspiring signs right before the game launches.

The embargo is up tomorrow afternoon, so we’ll see how good or bad the game is then.