If there’s one side of gaming that we don’t focus enough on, it’s arcade games. For a lot of us, that’s where we first got introduced to gaming. Bright lights, louder noises and that satisfying cha-ching of inserting a token and taking control. Over the years, there have been some truly kickass arcade stand designs, both modern and classic. That’s what we’re going to focus on with this feature, and we’re starting off with all out Armageddon.

Alien: Armageddon to be exact. While the more recent Alien: Isolation may be all about thrills and chills, Alien: Armageddon is the exact opposite, the M41 Pulse Rifle HOO HAH to the more visceral side of the franchise. Developed by Play Mechanix and Raw Thrills, Armageddon is all guns, more bullets and some cel-shading for good measure as players take on hordes of Xenomorphs and bigger, badder variants. Here’s what it looks like in action:

Fast paced, two players and running at full high definition with all the frames per second. But what’s most important here is the…

Here are the official specs for the game:

That is one sexy looking cabinet. I’m digging the replica pulse rifles, and the red finish just makes me want to pump some quarters into the device and try it on for size. It comes in two variants, with the bigger, tethered gun version being my favourite:

Aliens: Armageddon was released early this year. If you’ve had a chance to play it, let us know in the comments if it is indeed fun to play and look at. 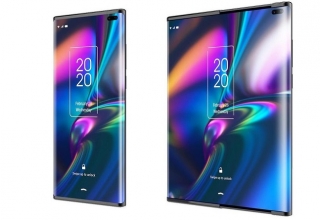 Foldable screens appear to not be working too well for tech companies, so perhaps a screen that rolls out is a more worthwhile concept instead.