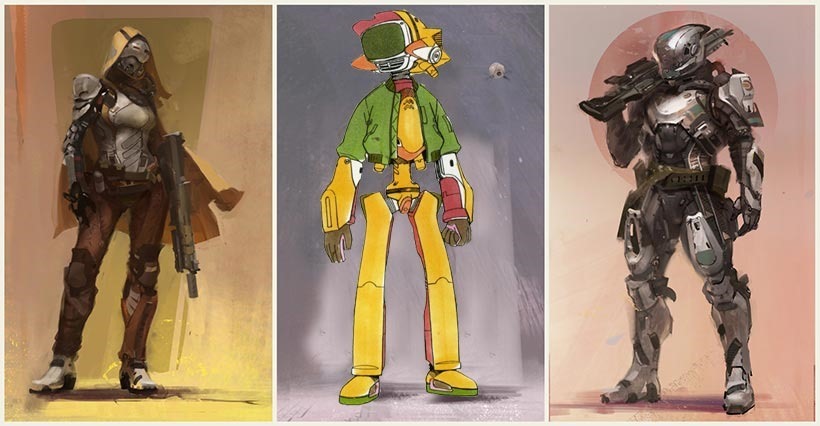 Destiny , a video game where you can ponder what kind of name you can bestow upon your ghost when it upgrades its vocal patterns with new Nolan North audio (Northborg?), is pretty much my favourite console game right now.

It certainly isn’t my favourite PC game however because:

Point C might change soon however, as Destiny developer Bungie is busy scouting for a “PC compatibility tester” to work on…something.

That’s according to this listing on their site, as they’re hunting for someone capable enough to “evaluate PC hardware-specific features and ensure various systems work together across multiple PC configurations”.

That sounds suspiciously like a PC port of Destiny to my two-ton-tin-foil hat, as Destiny would require some major work to run on PC. Right now, the console version of the game features a persistent online state that is augmented by the mobile app.

Bungie has always had a “maybe” attitude to porting Destiny on over to PC, but perhaps the inevitable sequel could make that platform jump.

On the other hand, I’d put easy money down on the idea that Activision is making an Asian freemium version of the game specifically for that market. Just imagine it: A Destiny game that feels half-finished and allows you to earn better gear by plonking down cash for expansive content! Wait a minute…

With that being said, here’s a look at the opening cinematic for the upcoming The Taken King expansion, that deals with the ramifications of killing Crota. Big thanks to the guys who helped me bust his ass this week in a raid.

Having five of us forming a rocket launcher firing line and attacking on command while our sword-bearer ran in for the kill, is honestly one of the best moments in the game for me.