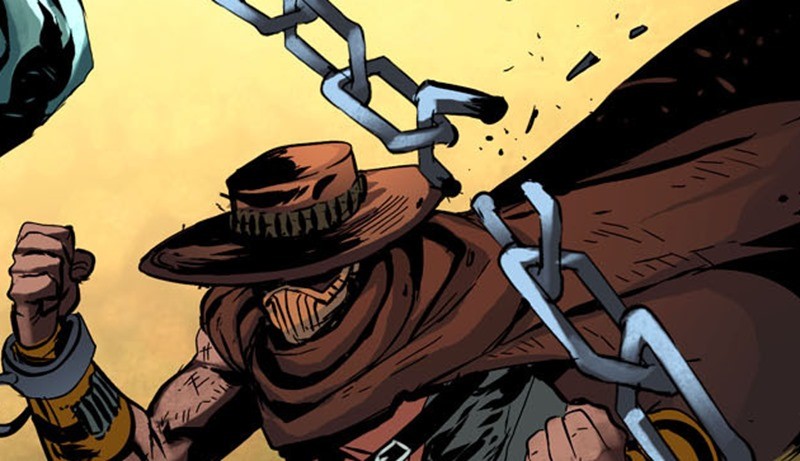 Like sands through the hourglass, so are the Mortal Kombat X fighter reveals of our lives. Which admittedly, would be a fantastic idea for a soap opera if those damn writers would just listen to me. Last week’s Mortal Kombat X reveal was for an old favourite, the John Edwards-powered Ermac. But the roster isn’t complete yet however, with still a few more fighters arriving before the April launch of the game. This incarnation of Mortal Kombat is heavier on new characters than it is on nostalgia however, with the next possible character having the sand to go toe to toe with lethal ninjas and cyborgs.

If you’ve been reading the current run of Mortal Kombat X comics, you’d have met Erron Black. Here’s his reveal, from issue #4 of the series: 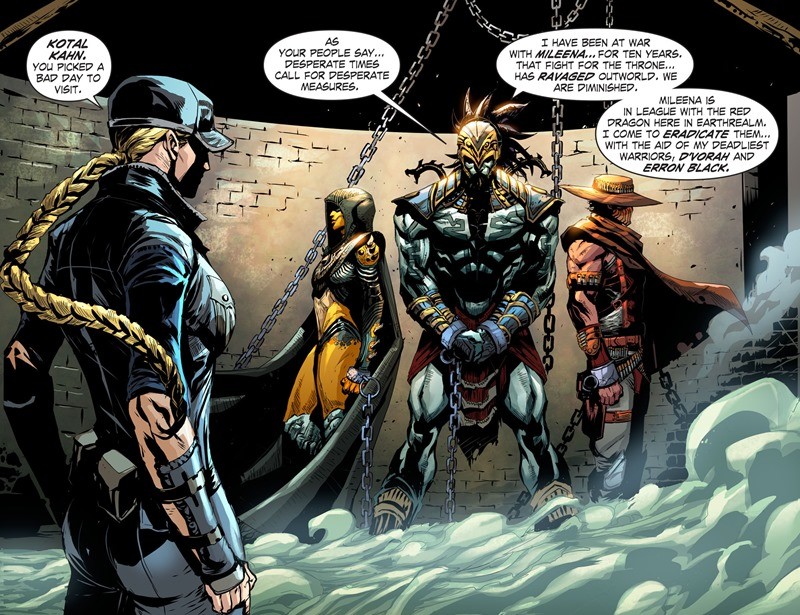 Black is standing next to series newcomers and konfirmed characters Kotal Khan and D’vorah. As the series itself is an official companion to the game, set years after the events of Mortal Kombat 9, Black doesn’t look like a throwaway character exactly. A cowboy gunslinger by the looks of things, Black could easily fill in a role that was usually reserved for William Stryker in Mortal Kombat games as a ranged specialist kombatant.

It’s also the kind of gameplay role that has been perfected in the previous NetherRealm developed fighting game, Injustice: Gods Among Us. Characters such as Deathstroke and Lobo had gun-heavy features, and I’d imagine the experience gained from crafting long distance fighters such as them hasn’t exactly gone to waste since development started on Mortal KombatX. 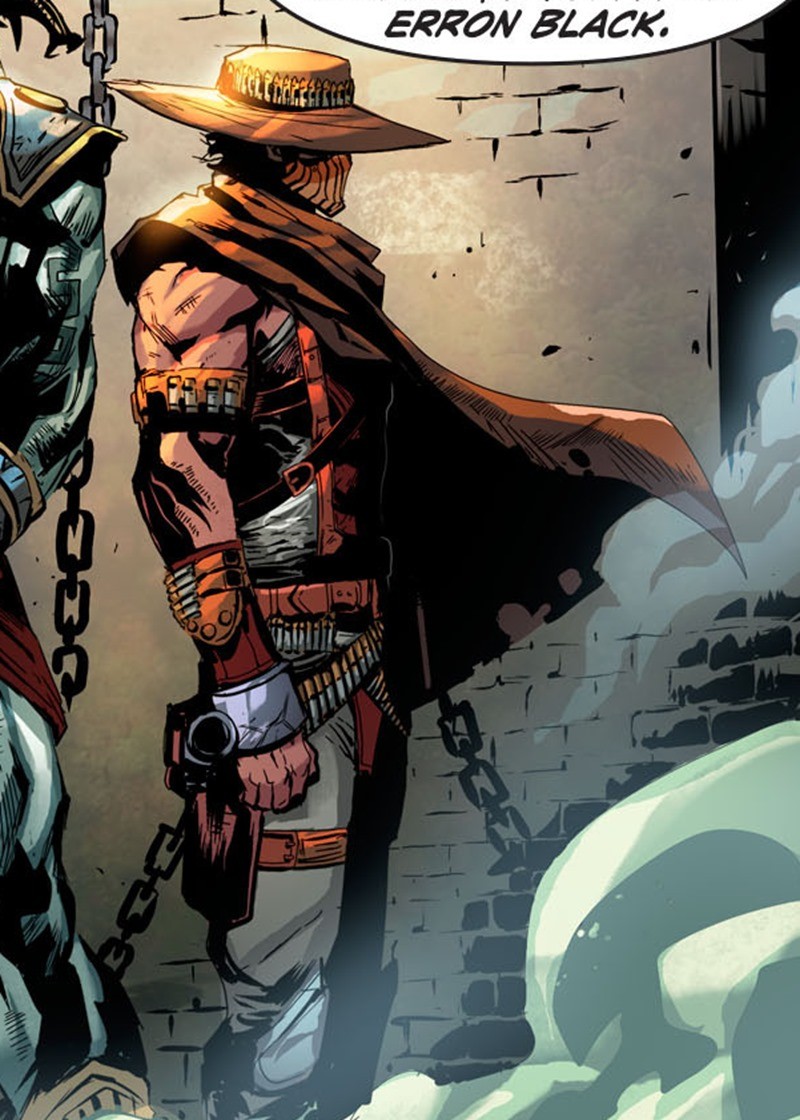 We also know that at the recent Mortal Kombat X event that was held in London last week, that there is embargoed information about the game that is due for a reveal later this week, so this ties in rather nicely as well. As for more details on Black himself, he hasn’t exactly done much in the comic besides strike a pretty mean pose next to his Outworld partners. But hot damn, he does look quite cool. And if he plays well enough with three unique styles of his own, he might just be the kind of character that could easily make me fill my hand with a kontroller.