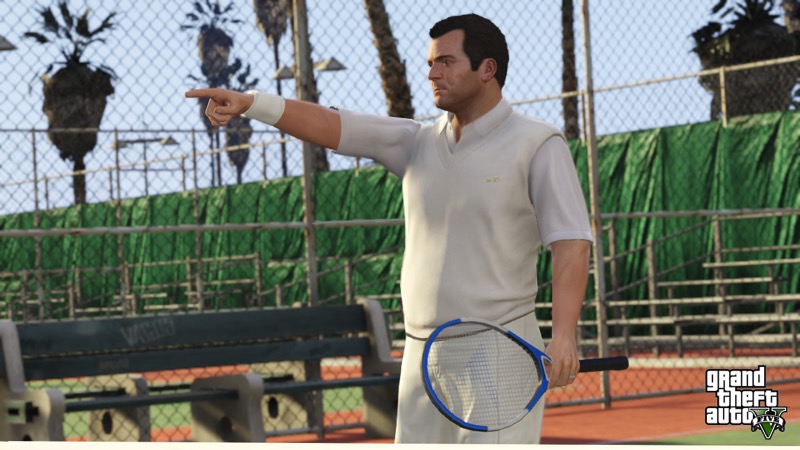 I must admit – I’m quite addicted to GTA V at the moment. While the recent release on PC has been keeping me busy with some truly fun online heists, it’s the single-player that has me hooked. Sure it’s often crass, sometimes silly and always far too serious for its own good, but it really is a fun ride to accompany the three crazy protagonists on. And who knows, we could finally get a bit more to chew on in the future.

Although, it seems like even Rockstar and Take-Two aren’t sure when that’s happening. During an earnings call last night, the question about the announced story DLC cropped up again – which got Take-Two chairman and CEO Strauss Zelnick very confused.

“We haven’t discussed any story-based downloadable content. We did talk about heists. We have different recollections.”

Digging up transcripts from this exact call last year, media on the call pointed out that company president Karl Slatoff did confirm the DLC back then – although in a rather laid back, not incredibly serious way. It’s something that slipped Zelnick’s mind it seems, with the CEO backtracking on his confusion in a statement not too long after the call.

“Strauss misspoke during today’s call, as over a year ago Rockstar Games had said that they were exploring story mode content for Grand Theft Auto V. However, no further information has been released since. As always, we leave it to Rockstar Games to share information about their games when they’re ready.”

So the good news is that it’s still, possibly, coming one day. But considering the silence on Rockstar’s part, coupled with the inordinate amount of time Heists took, I wouldn’t look to the horizon with hope for anything soon.