Home Gaming It all ends in these new details for Naruto Shippuden: Ultimate Ninja Storm 4 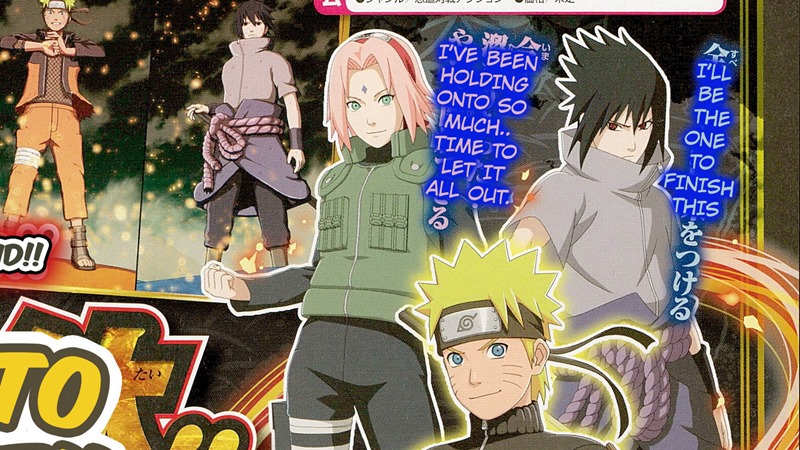 AND IT’s ABOUT TIME!

The Naruto manga, is kaput. The game franchise on the hand, will most likely keep chugging on for many a year to come. Hell, just look at Dragon Ball Z. It seems to be doing quite well, even though the core manga has been defunct for decades now. A fourth Ultimate Ninja Storm game is on the way, and not only will it allow players to finally finish an event that was touched on already in the previous two games, but it’ll allow them to go a step further anc catch up with Naruto and his family after the time-jump that the manga ended on and led into the latest anime film The Last: Naruto The Movie.

According to a V-Jump Scan (via ShonenGameZ), Hinata’s little talented sister Hanabi will feature in NS:UNS 4, and will be able to combine jutsus with the other members of the Hyuga family to create the strongest attack in the game. The scan also revealed that the game will climax with a battle of the summons, as Naruto, Sakura and Sasuske call forth their biggest guns in the battle with Madara and the Ten-Tails. That means that Gamakichi, Katsuya and Aoda will all be making proper in-game debuts. Neat. 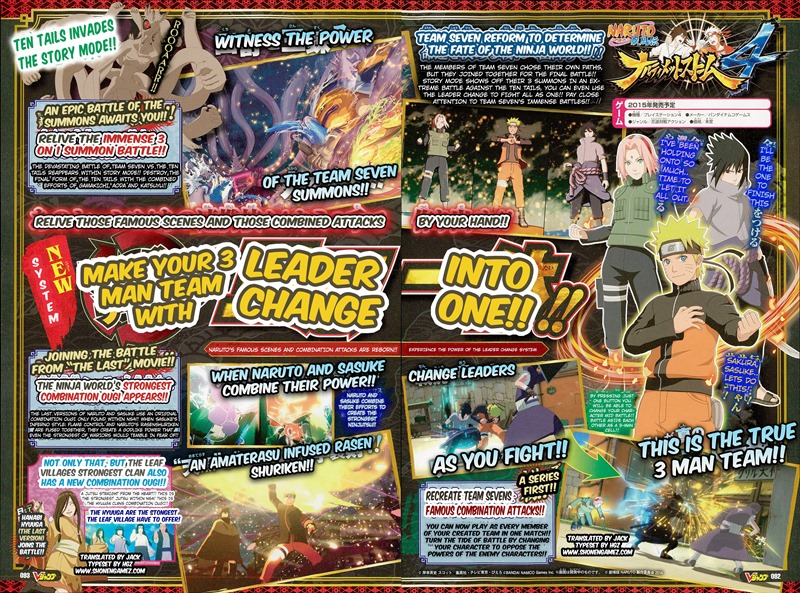 Naruto and Sasuke can also combine their attacks in the game when teaming up, to form the Amaterasu Rasen-Shuriken, while gameplay will also allow you to swop out the lead character for one of your tag-team partners. It’s all about teamwork in the latest installment then, as forming a proper three-man cell is the key to victory in NS:UNS4.

The game is out later this year then. Now pardon me while I try and summon my nonja-cats. C’mon you lazy bastards…