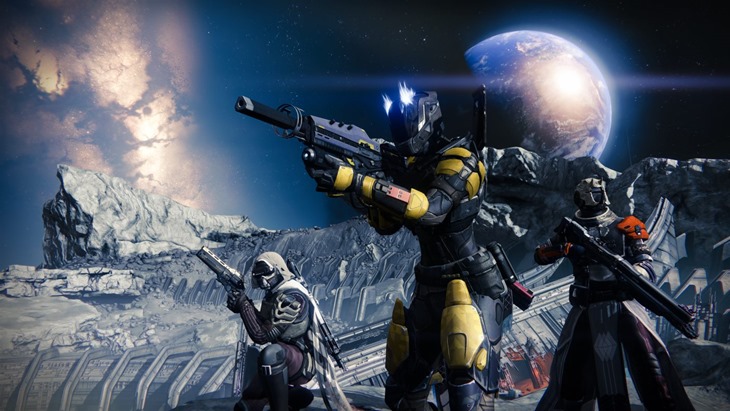 Yes it’s finally here, the day we’ve all been waiting for has finally arrived. Destiny was released this morning and you can virtually hear the entirety of Activision and Bungie’s staff holding their collective breaths to see how the game is received.

Due to the online portion (ie: the entire game) of the game being so crucial to the game the media haven’t received early copies for review so we honestly don’t know if they have improved it from the beta or ruined it by fiddling too much.

Geoff is currently locked in a basement playing through the game and we will have our review for you shortly. However if like many people on the team you simply can’t wait and have already purchased the game then make sure to join our online clan,

At the moment we have 79 members in the clan so you really should be able to find people to make a fire team with pretty easily. Unfortunately I can’t find a nice way to see what platform our fire team members are on so if you are looking for friends to jam with leave your gamertag in the comments below and the platform you are playing on.

Geoff (OddSockZA) is on the PlayStation 4,  While Sandy(DarthJoker360) and I (Lazygamer ZA) are on the Xbox One.

And for those who are waiting to see what the reviews say let’s play a little game. What score do you think the game will level out at after the initial media reviews are out?