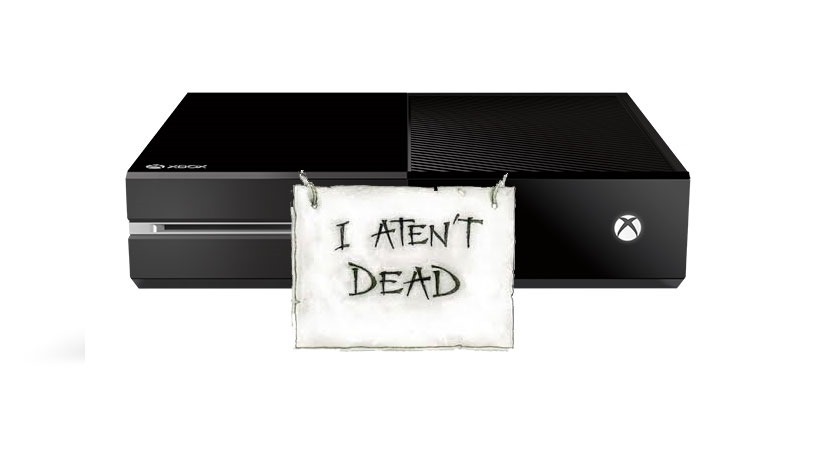 Consoles are the new PCs. That’s not just because they’ve adopted PC-like architecture and are embracing previously PC-bound models like free-to-play, but rather that just like we had with PC gaming, pundits have been – incorrectly – proclaiming them on the verge of death. But that’s obviously not true. With over 40 million new-gen consoles in homes (including the Wii U), I think it’s safe to say that console gaming – like PC gaming – is alive and well.

Speaking to Edge (via GamesRadar), Microsoft’s Phil Spencer affirmed that consoles were doing rather well at the moment, saying “it’s a great time for the console industry.”

“I’ve said this a few times, but four years ago when I was sitting doing these interviews it was, ‘Do people need consoles any more?’ and ‘Isn’t this just dead? Everybody’s playing on their phone,’” he said.

“And now you’re looking at the PS4 having sold over 20 million. And we’ve sold a ton of Xbox Ones globally, more than we’ve sold 360s [in the same period]. We’re both doing really well, and I think Nintendo has a plan for the future – I don’t know what the NX is, but it’s great just to see the business being done.”

Microsoft’s sold about half as many Xbox Ones as Sony’s sold PlayStation 4’s, but the momentum is slowly, slowly shifting, and the Xbox One is starting to be taken a little more seriously. In a previously published extract from the same Interview, Spencer admitted that Sony was doing tremendously well in European territories such as ours, and that it was an area that they needed to focus on.

A recent price drop, which has now taken effect locally, should help with that. The Xbox One can now be had for R5499 RRP, which for many is a lot more appealing than the R6299 RRP of the PlayStation 4. Of course, retailer specials and bundles take bigger dents out of the pricing.